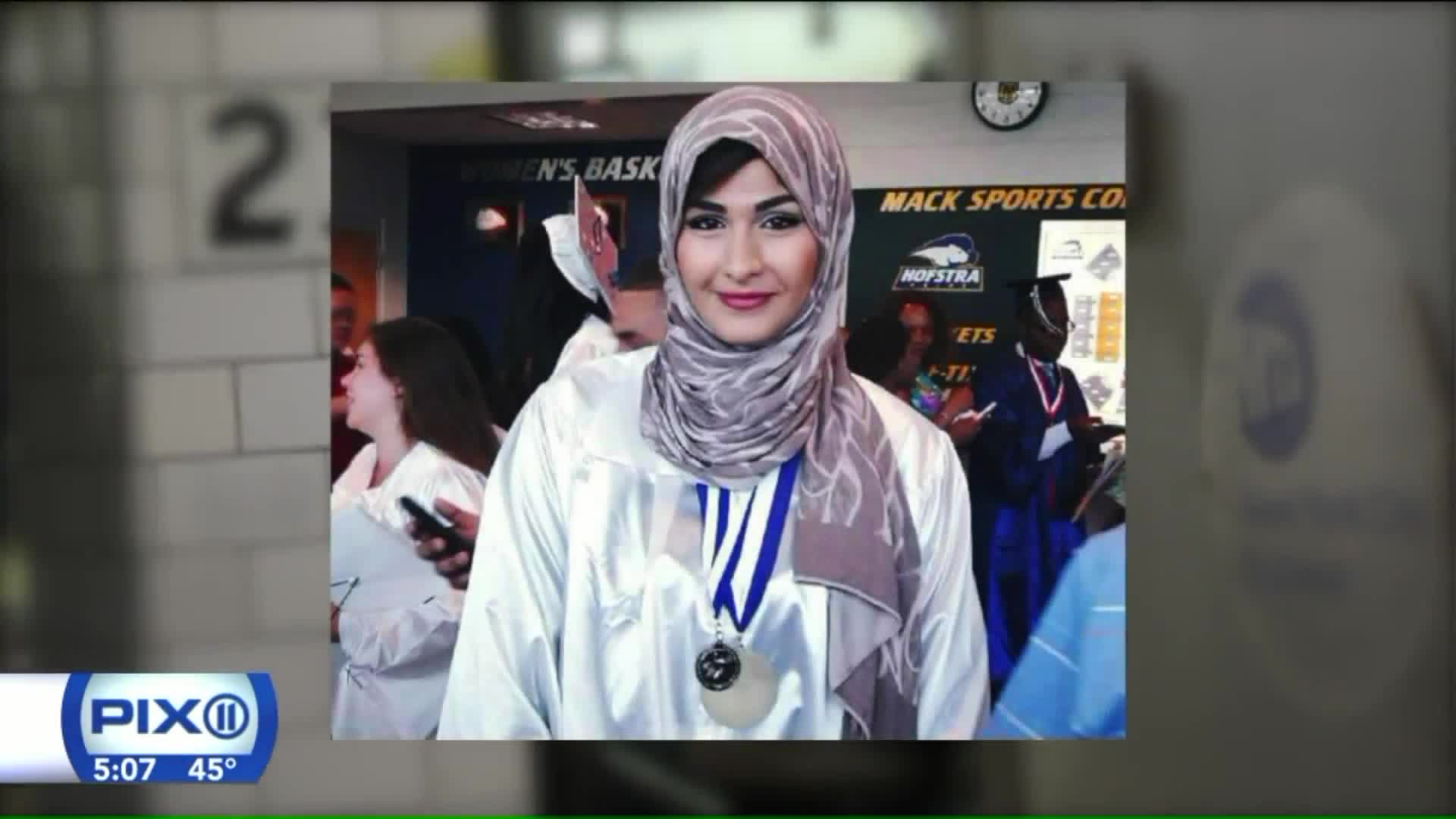 GRAMERCY, Manhattan — Three men attempted to rip a hijab off a 18-year-old Muslim woman Thursday, calling her a "terrorist" and shouting Donald Trump's name as she rode the subway through Manhattan, police sources say.

The trio boarded a northbound 6 train at the 23rd Street stop around 10 p.m. Thursday and started yelling racist remarks and the president-elect's name at her, the victim told police.

Police say that as the men came closer to her, one of them said, "Look at the f---ing terrorist." Then the men, described as in their early 20s, pulled on the woman's bag to get her attention, breaking the strap, sources said.

As she moved to the other end of the subway car, they allegedly followed her, telling her to "take that thing off," referring to her hijab, sources said.

The incident lasted for several stops as they attempted to pull her hijab off, police said.

The woman, a New Hyde Park resident who was coming from an event at Baruch College, was able to exit the train at the Grand Central-42nd Street stop, sources said.

The incident is being investigated by the NYPD's Hate Crimes Task Force. Police are reviewing surveillance video to identify the men involved.