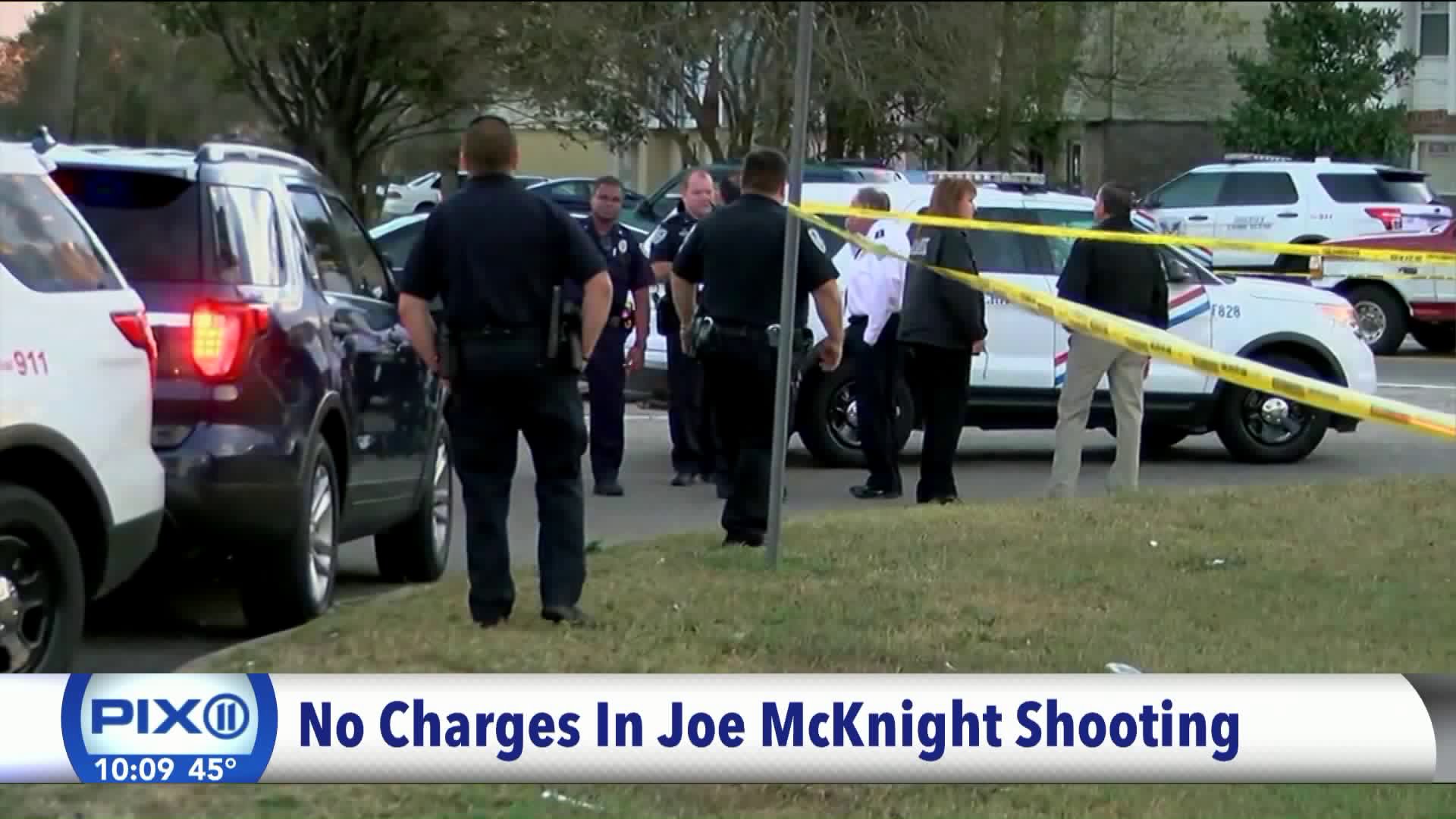 The Jefferson Parish Sheriff’s Office confirmed that 54-year-old Ronald Gasser was questioned and released “sometime overnight” after officials believed they had no reason to hold him any longer.

TMZSports reports that the JPSO believes Gasser “definitely” shot the ex-NFL running back — but there are “questions about the circumstances surrounding what led up to it.”

JPSO spokesman Johnny Fortunato said this morning that a decision to press charges against Gasser will come from the district attorney’s office.

McKnight is a Kenner native and former John Curtis High School football standout who played for the University of Southern California, the New York Jets and the Kansas City Chiefs.

Gasser stayed on the scene and gave his weapon to officers at the scene, Jefferson Parish Sheriff Newell Normand said shortly after the incident.

Normand said Gasser’s vehicle and McKnight’s vehicle were stopped side-by-side at the intersection.

This is the second time this year that a former NFL player has been shot and killed in the New Orleans area because of a road rage incident. Trial is set to start Monday for Cardell Hayes, who’s accused of shooting and killing former New Orleans Saint Will Smith and shooting and injuring his wife in the Garden District in April after a traffic crash and subsequent altercation.

“It just becomes almost unfathomable that a life could be snuffed out that quickly over getting cut off in a lane or a bumper getting bumped — and people would lose it to that degree,” said J.T. Curtis, head football coach at John Curtis High School.

“He was a household name,” Curtis said. “He was a guy that a lot of young players, not just at J.T. Curtis but all over the region, wanted to be like.”