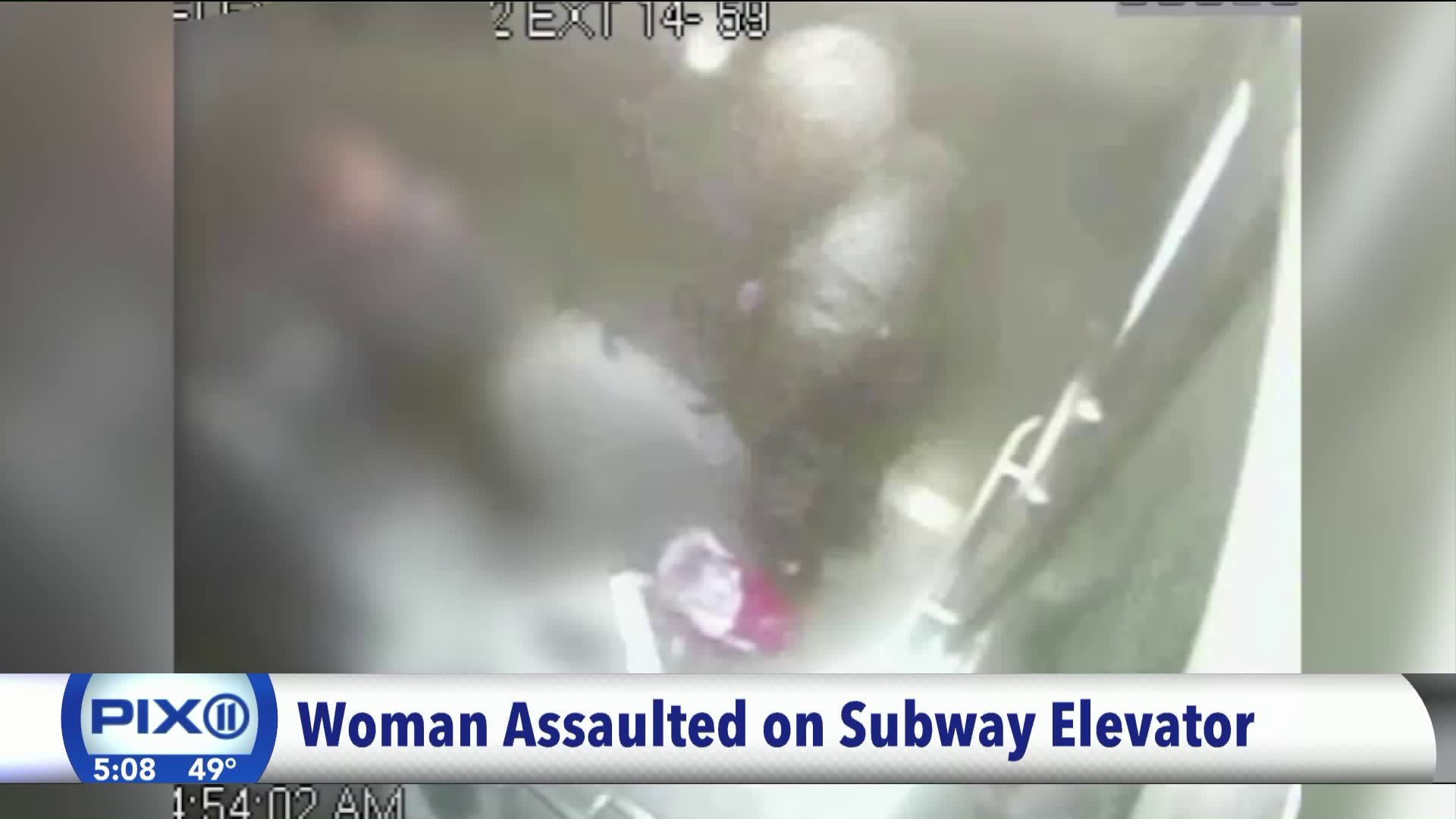 DOWNTOWN BROOKLYN — Authorities are searching for a man seen on camera forcing himself on a 50-year-old woman in the elevator leading from the street to the Jay Street-MetroTech subway station.

An unknown man first approached the woman, 50, at a MetroCard kiosk as she was checking her balance shortly before 5 a.m. on Nov. 22 at the Downtown Brooklyn station at the corner of Jay and Willoughby streets, a source told PIX11 News.

The woman didn't say anything, but the man continued to follow her through the turnstile and into the elevator.

The man then forced himself on the woman, kissing her and touching her crotch, police said. When the elevator reached the underground station and the doors opened, the man immediately fled in an unknown direction, NYPD says.

"I feel for the lady because it's a violation of privacy," a woman at the subway station said to PIX11 News Thursday.

The incident was picked up on a surveillance camera from inside the MetroTech subway elevator and NYPD has released the video to the public with the hope someone recognizes the man.

"That's not right. We should be able to get on a train, or get on the elevator without feeling violated sexually, physically or mentally," the woman said.

The man is described as being in his 50s, 5 feet 11 inches tall and 220 pounds with "salt-and-pepper" hair. He was last seen wearing a black jacket and blue slacks, police said.

Anyone with information in regards to this incident is asked to call the NYPD's Crime Stoppers Hotline at 1-800-577-TIPS (8477) or for Spanish, 1-888-57-PISTA (74782). The public can also submit their tips by logging onto the Crime stoppers website at WWW.NYPDCRIMESTOPPERS.COM or by texting their tips to 274637 (CRIMES) then enter TIP577.