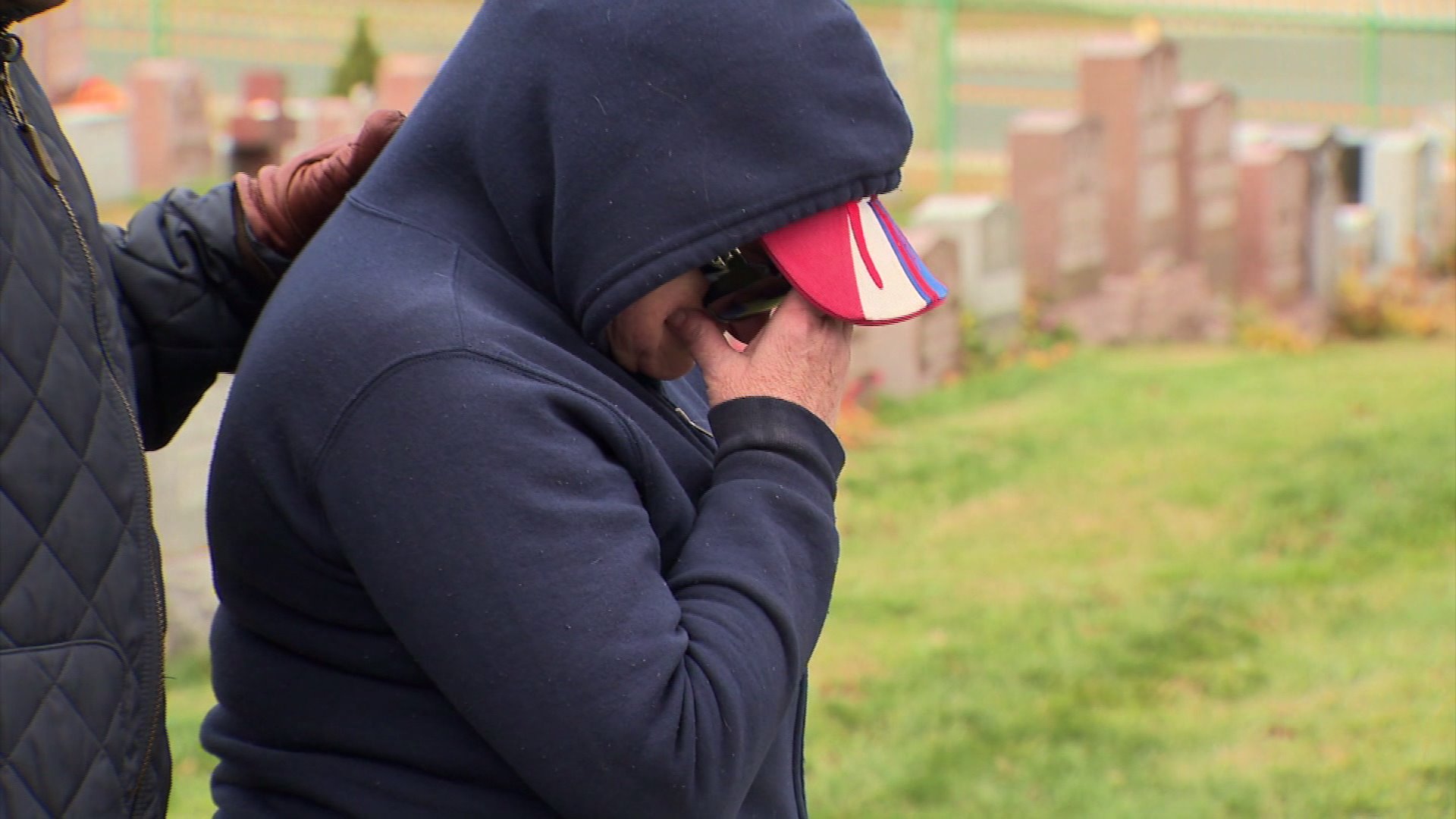 Albert George Wooten, Jr. was 46 days old when sudden crib death claimed him in 1974. After that, Cardaci hit hard times. Her marriage dissolved and she said she couldn’t afford a headstone. Now she can.

Diane paid Grande Monument almost $3,000 for a headstone last year. She says she dealt with some guy named Jerry and has received nothing but a run-around. Cardaci, who is remarried and now lives in Delaware, came up to see me. We met in St. Mary’s Cemetery in Flushing where her son is.

“I live in Delaware. My son is here! And this guy keeps on dodging me! That’s all he’s been doing for 15 months just dodging me and I’m so sick of it! That’s my son!” Cardaci said.

So PIX11 went over to the Grande Monument office near St. Mary’s. At least that’s where the office was. The place is now a tattoo parlor. We had another lead in Williamsburg, Brooklyn. That place is now a restaurant.

Finally, a tip that paid off. We found where Grande was, but there was a new name and a new guy in charge. He told us he had to fire this Jerry character. And he showed that he really wants to help. He refunded Diane’s money and offered the headstone for free.

Diane is grateful, but her problem isn’t quite resolved. St. Mary’s Cemetery still must approve the stone. And Diane tells us she’s getting a hard time because the paperwork is in her ex-husband’s name who lives on the other side of the country now.

We’ll see if we can resolve this in the name of common sense.