Brownsville tenants file lawsuit against landlord over lack of heat 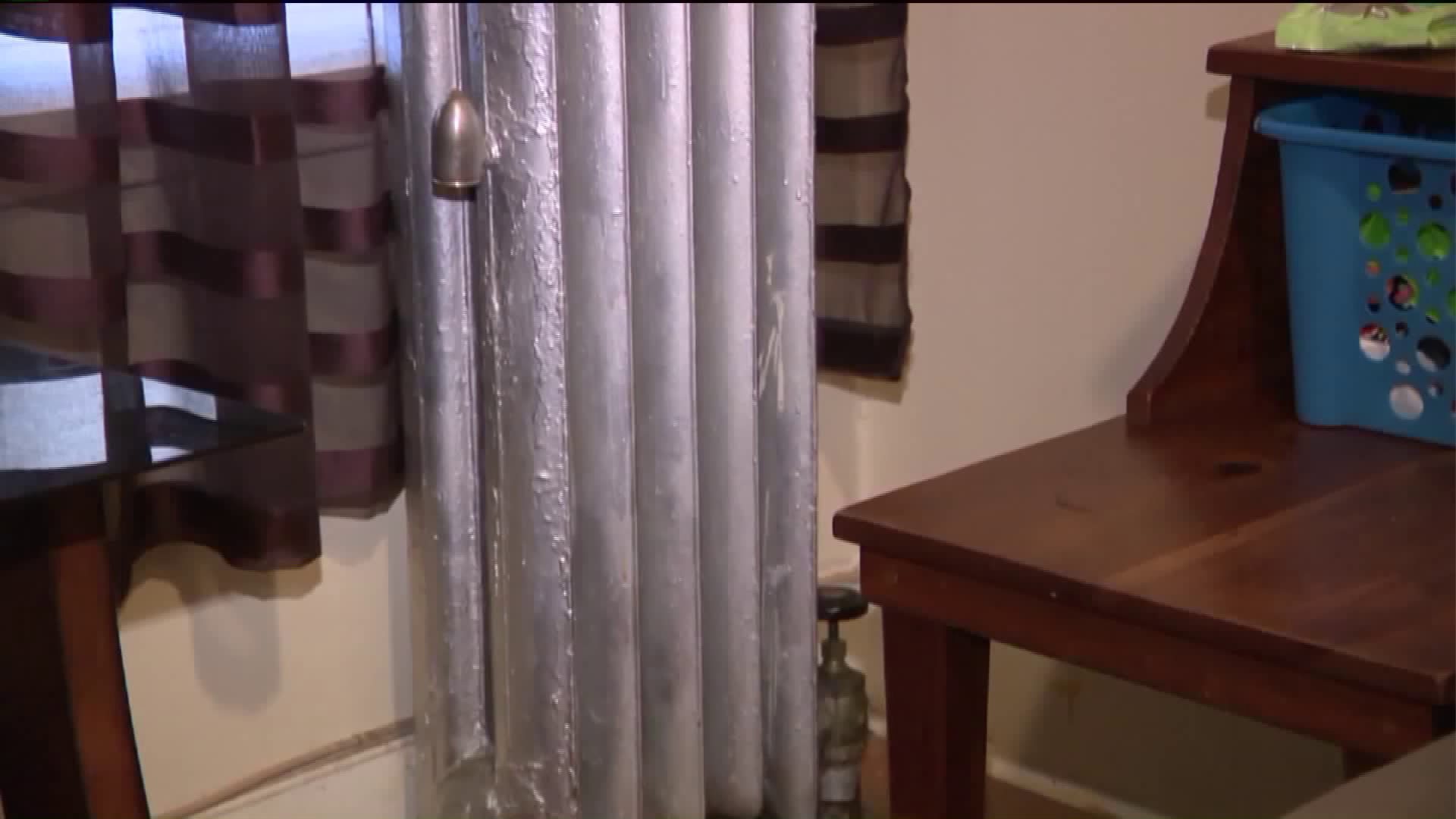 BROWNSVILLE, Brooklyn -- Tenants in one building in Brownsville, Brooklyn have had enough of the cold days and nights inside their apartments.

They're turning up the heat on their landlord, hoping the landlord will do the same.

With attorneys from the Legal Aid Society, seven residents of 178 Rockaway Parkway have filed a lawsuit against Rockaway Park Realty LLC.

The suit charges the landlord has provided insufficient heat. Backing up the claim is the collected data from a heat sensor. The device transmits temperature data to the web-based app’s servers. The app keeps track of all the violations.

Heat Seek is a non-profit organization that created the device and runs the program. The app won grand prize in the city’s "BigApps contest" two years ago.

Outside the building Thursday morning, tenants were joined by Brooklyn Borough President Eric Adams, attorneys and representatives from Heat Seek.

“It’s empowering to tenants to have a device in their home that they don’t have to try to convince a judge. The data doesn't lie the information doesn't live and where able to show the problems here," said Borough President Adams.

Adams has a message for landlords across Brooklyn:

"We are watching you bad acting landlords and the heat is on and we want to make sure you know you must turn the heat on in our apartments. The tenants are paying for heat and they deserve heat. They should not be left out in the cold and we are not going to sit back and allow that to happen

The New York City heat law requires landlords to provide heat between Oct. 1-May 31 every year.

Denise Monroe has lived at 178 Rockaway Parkway for five years now. She describes her morning routine during the cold weather months.

“Typical day, I get out of bed run into the kitchen cut my oven on and let it warm up. I get my comforter off my bed and then I wrap myself in it. I'm not getting in the shower because if you take a shower in hot water and then get out I'm like this I'm shaking."

Monroe says she uses her oven because the heat from her radiator is not sufficient.

“It’s like when I call my friend on a daily basis I feel like I’m friends with 311!”

According to Heat Seek, they installed heat sensors in several apartments in the building five weeks ago. The data registered 225 hours in violation during the five week period.

"These ongoing, unaddressed maintenance issues are being used as a form of tenant harassment that's meant to drive out long time rent-stabilized tenants. The lack of heat is one of the most insidious and dangerous tactics landlords use in order to drive out tenants," said Noelle Francois, Executive Director of Heat Seek.

"Our temperature sensors take temperature readings every hour on the hour. They can use the heat log in landlord tenant negotiations or in housing court. That heat log provides evidence that they need in order to hold their landlord accountable," added Francois.

"Just as any criminal that commits a crime leaves their fingerprint on it, this is the fingerprint of this building that a crime was committed here - the crime - that tenants don’t get their heat," said Borough President Adams.

Armed with the data, tenants took action this past Tuesday. The landlord was served notice of the lawsuit the following day.

“On this November 29th, we filed a lawsuit against this landlord to compel him to provide adequate heat for these tenants. Historically on the Rockaway Parkway, several buildings here have amongst the highest complains here in Brooklyn. The landlord of 178 Rockaway Parkway has amongst the highest number of complaints for inadequate heat in the borough," said Sunny Noh, attorney with Legal Aid.

While we were in Monroe’s apartment, a man who identified himself as the building manager for the landlord came by to check the heat, and said it was within the law. However, the tenants claim the heat was only turned up after their lawsuit was filed.

For his part, the building manager tells PIX11 News, he spent the day going into every apartment in the building to check to make sure the temperature is within the law. He also makes a point to tell us he had to remove numerous air-conditioning units still in the windows. As well, he says many radiators weren't even turned on.

PIX 11's attempts to reach the landlord for a comment have been unsuccessful. The building manager also said he contacted the landlord on our behalf and we have yet to hear back from the landlord.