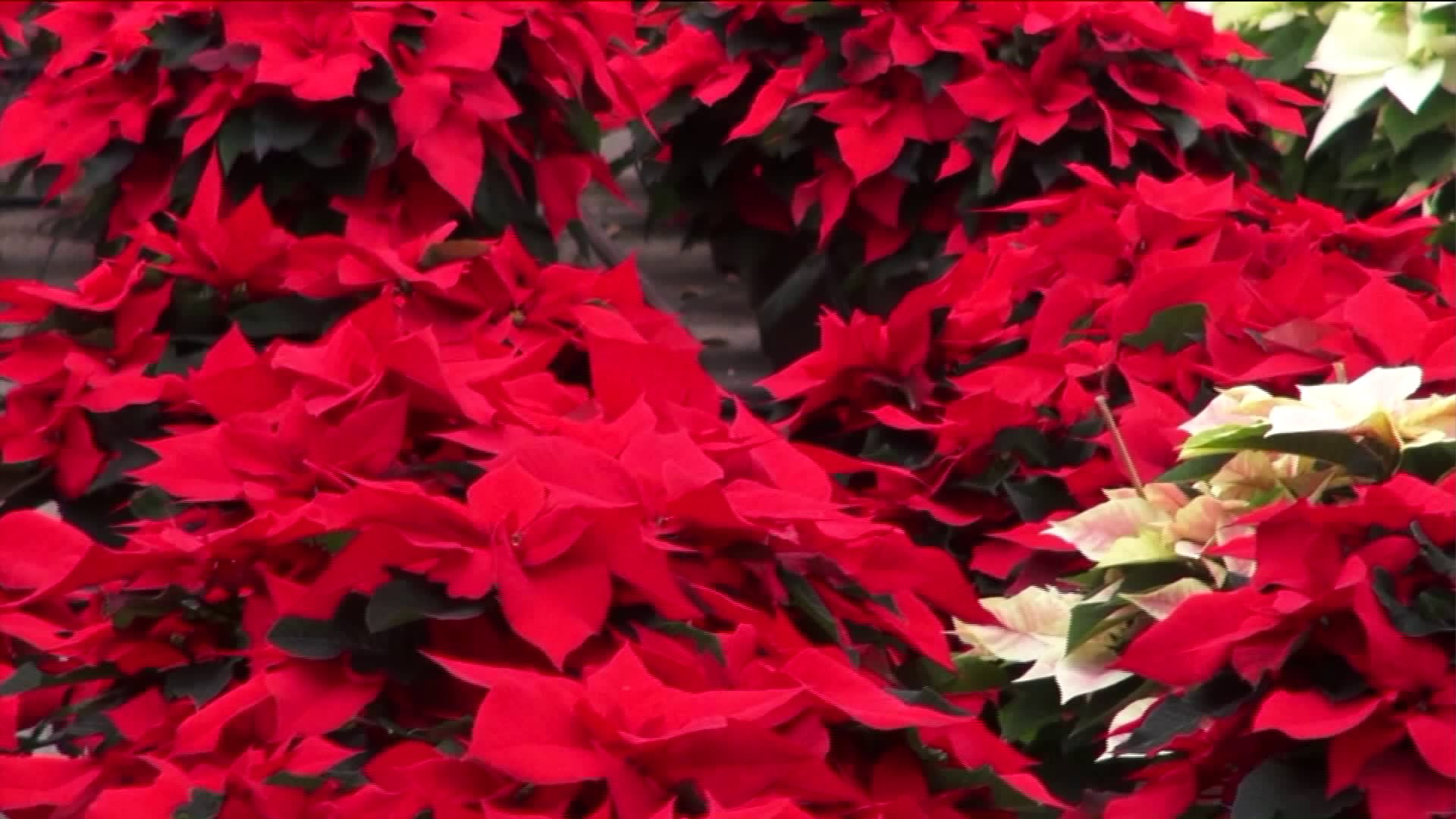 POMPTON PLAINS, N.J. — It’s peak season for poinsettias, and one New Jersey farmer has so many of the flowers in her greenhouse that it looks like a sea of red.

She and her husband have been growing the popular plant for 40 years.

With National Poinsettia Day is just around the corner on Dec. 12, Van Wingerden encourages local consumers to buy from local farmers, rather than purchasing poinsettias from big box stores.

“Most of their plants come out of North Carolina,"she said. "So, you figure they’re bouncing around on the truck. They’ve been in a sleeve a long time. They don’t stand up long enough."

Her plants were grown on the premises beginning in July and with proper care, they can flourish through April of next year, Van Wingerden said.

“Keep it in a window spot. Check the soil every other day, give it a little bit of water but don’t soak them," she said to poinsettia owners. "If you soak them, the leaf curls and you lose them.”

She also advised consumers to keep them out of the cold and away from heating vents.

“Most people kill them with kindness, with too much water,” she said.

The sea of red poinsettias may be stunning to look at now, but Van Wingerden says they will quickly be sold out.