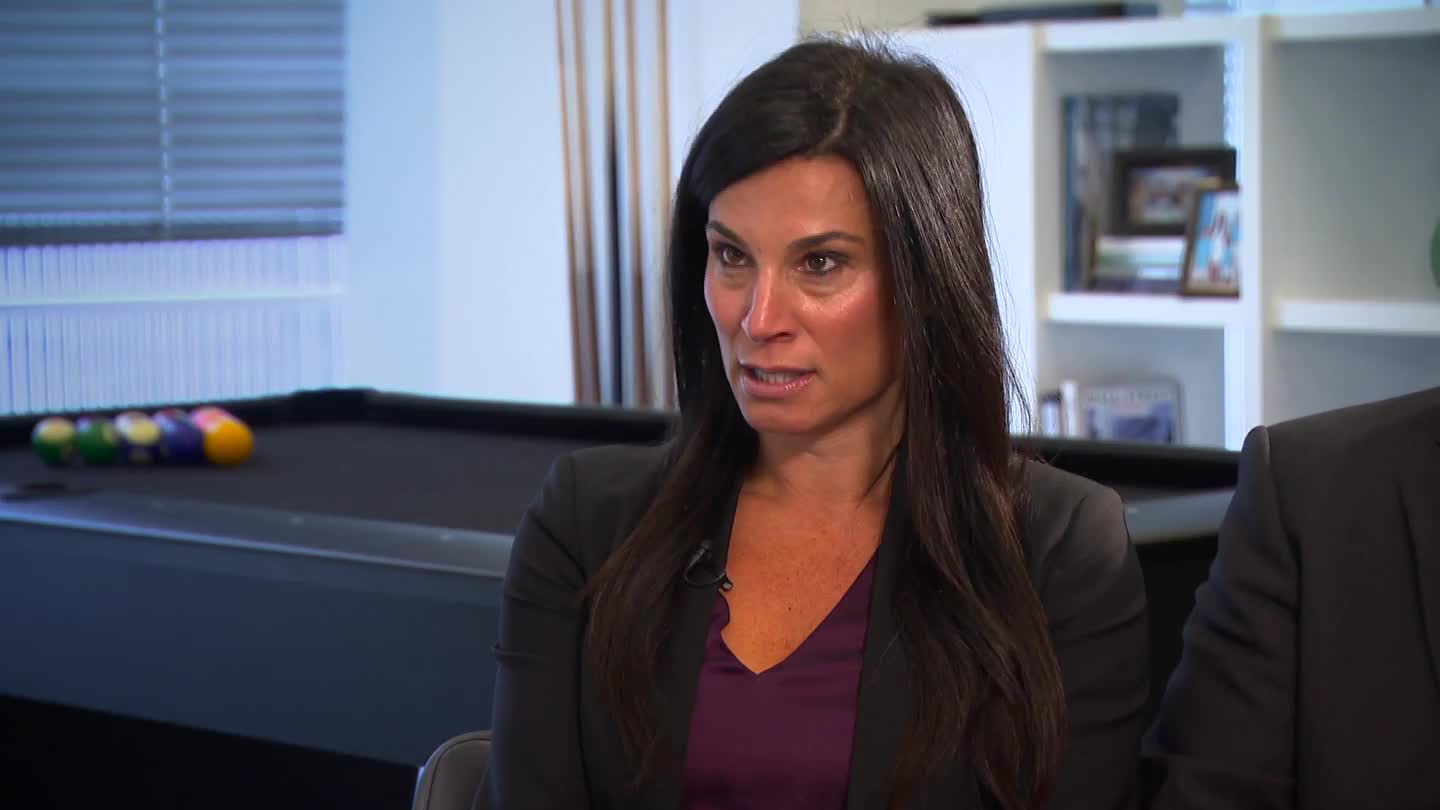 In this week's It's a G Thing, Mr. G sits down with the founders of R Baby Foundation to share why they work so hard to help babies

“It’s a tragedy beyond comprehension to lose a child,” Phyllis Rabinowitz said while holding back tears.

Talking about the moment they lost their baby girl never gets easier for Phyllis and Andrew Rabinowitz.

“Rebecca was born July 13, 2006 and she was born healthy and beautiful,” she remembered. "We took her home from the hospital and she started having a lot of alarming symptoms.”

She had trouble breathing so they immediately took her to the emergency room.

“I was arguing with the doctor and I took my credit card out of my wallet and I put it on the table and said I don’t care what it costs, just at least give blood work,” Andrew said.

The doctors brushed off their concerns and sent them back home. They never got the chance for a second opinion.

“The next morning she was bleeding from the nose and unresponsive,” Phyllis described. "That’s when she passed away. The autopsy showed she had an enteroviral infection that caused her body to go into sepsis, which caused her organs to shut down."

An unbearable pain this couple dealt with together, for the sake of their older son. And from devastation came anger then curiosity.

“We wanted to find out how many families go through what we’ve gone through," Andrew explained.

They discovered it happened much too frequently mainly because many emergency departments weren’t staffed or trained to care for babies. That’s when curiosity turned to action and they launched 'R Baby Foundation'.

“We wanted to honor Rebecca and memorialize her life but it was never only about her,” Phyllis said. "So the letter 'R' symbolizes Rebecca but it’s really about all our babies.”

I first heard about the organization eight years ago, now I serve on their board, hoping to help as many children as possible.

“What we’d love to see is a national standard consistent medical care no matter where you live," Andrew said. "And parents should be given the information to make informed decisions.”

The nonprofit does that by funding children’s hospitals and helping create programs to train and educate doctors at community hospitals where most kids are treated.

“It’s critically important to provide specialized, customized service for children,” Dr. Walter Rosenfeld said. "You wouldn’t go to heart surgeon who hasn’t operated on a lot of hearts in the past.”

“What R Baby helped us to do is they funded projects that helped us to improve and spread in a very wide manner our patient and family center care,” he explained. "One of our focus points is to train other hospitals in our network.”

R Baby has raised nearly 10 million dollars, influencing more than 750 hospitals across six continents. Phyllis and Andrew have since had two more boys, always keeping Rebecca close to their hearts.

“What keeps you going?" I asked. "All the stories we get about how our life saving programs are really impacting the care of children,” Phyllis replied.

And soon, more information about children's hospitals and kid-ready emergency rooms will be at your fingertips as R Baby Foundation has partnered with Mass General Hospital to create a FindER app specifically for find the best pediatric care nearby. It's set to launch in the next two months.

Tonight was also their 10 year anniversary gala, where I received an 'R Baby Star' and they helped raised money for research and training.