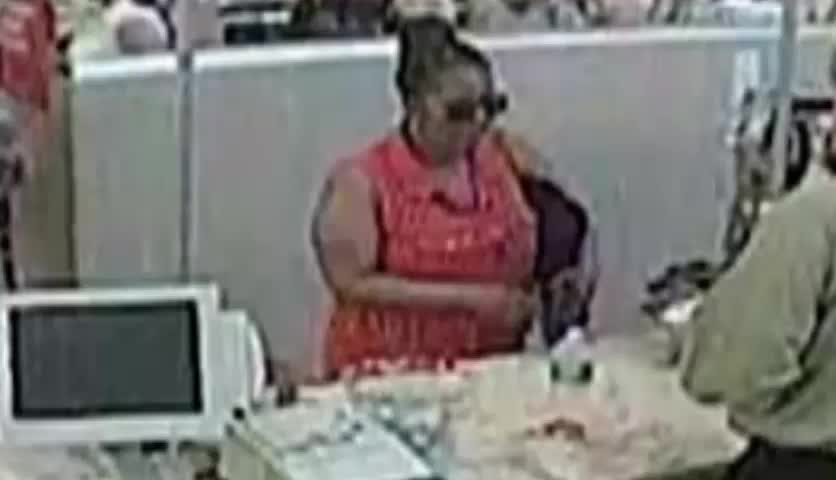 MIDTOWN, Manhattan — Police are looking for a second woman wanted for questioning in connection with the string of pickpocketing outside of the Richard Rodgers Theater.

The woman is accused of pickpocketing 'Hamilton' fans waiting out side the theater on W. 46th Street between May 25 and Nov. 6.

She and another woman allegedly stole belongings from six people standing outside the broadway play "Hamilton" and using credit cards to purchase about $2,200 worth of merchandise, police said.

The first alleged thief is described as a woman with black hair and glasses. She was last seen wearing a black jacket, grey sweater, black pants and a grey scarf.

The second alleged thief, who police released surveillance video of on Tuesday, is described as a woman who was last seen wearing a red outfit and dark sunglasses.