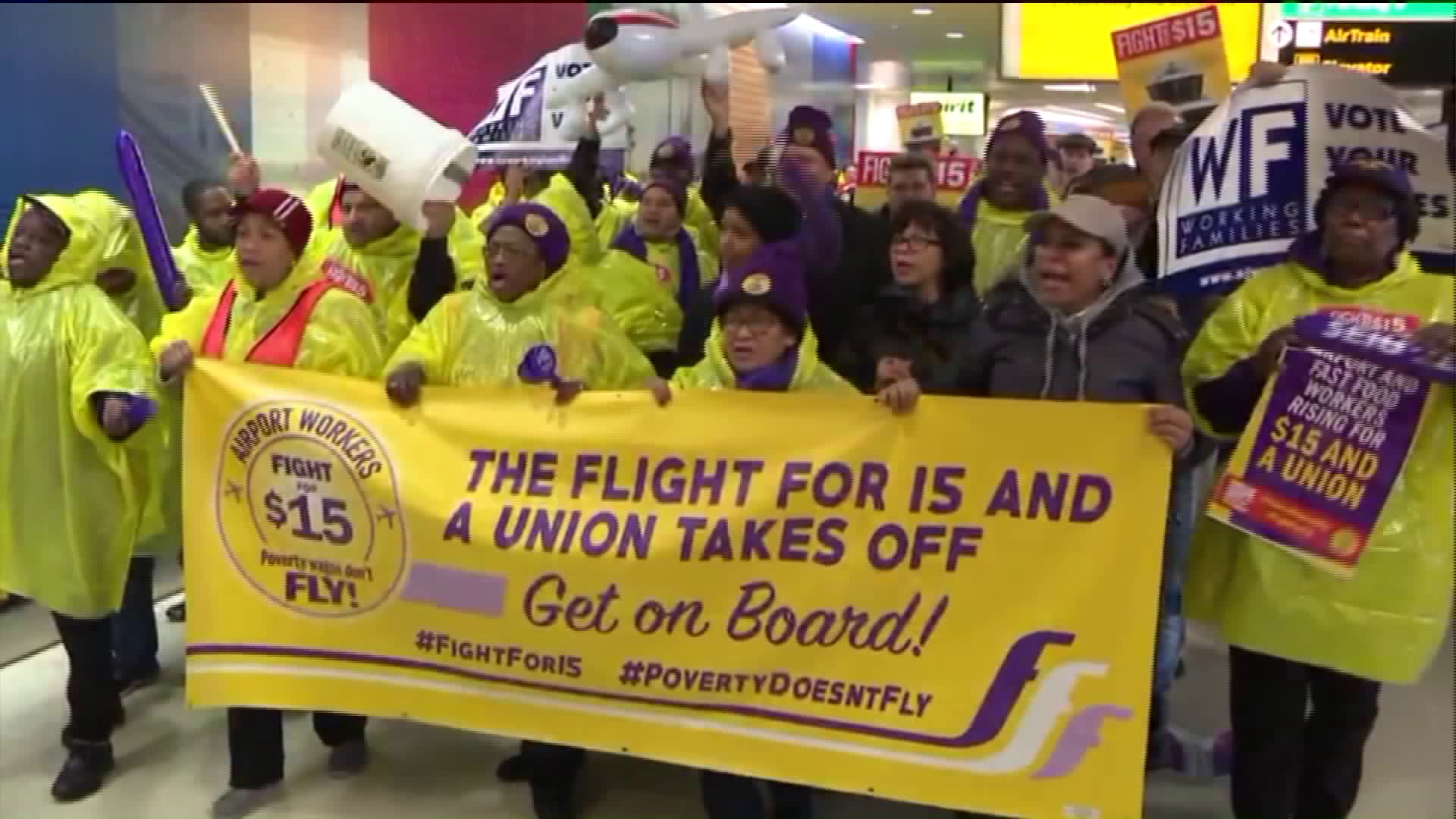 NEWARK -- The "March for $15" landed in a place one would not quite expect on Tuesday -- Newark Liberty International Airport.

It was no doubt a memorable scene that travelers coming as well as those going caught in the midst of a protest asking for more compensation.

"What do we want? 15. When do we want it? Now," the hundreds of demonstrators chanted as they marched through Terminals B and C. "The people united will never be defeated."

This was not the only site for protesting on Tuesday.

There were additional protests across the nation, with a demonstration at Zuccoti Park early in the morning that led to various arrests including a couple of New York City council-members.

However, while the protest in Lower Manhattan was targeting fast food employers, McDonalds in particular, the vast majority of the protestors of this well organized union demonstration do not work at Newark Liberty International Airport.

PIX11 News did come across two skycaps who do work at the airport demonstrating for a wage increase.

Broderick Cooper, a skycap with American Airlines, was one of them.

"Twenty-seven years of this job, I feel like we should be at a point now where we can get raises like every other job," Cooper said.

As for minimum wage?

Nancy Vazquez has been a skycap with United Airlines since 1992. Vasquez says over the last 24 years, her hourly wage, which is nowhere near minimum wage, has decreased.

When asked what her hourly rate was when she started? Vasquez quickly responded, "it was $2.13 plus tips."

Different workers from different sectors, all vying for what they believe is fair.

Many pointing out that some airline carriers have posted record profits in recent years.