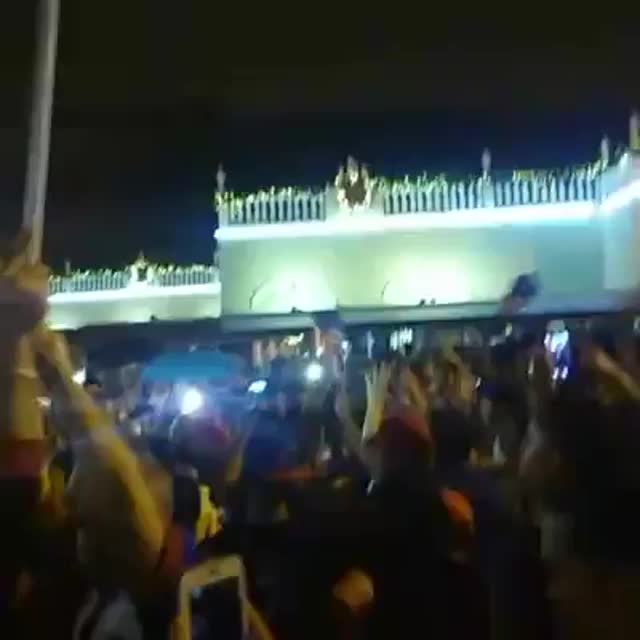 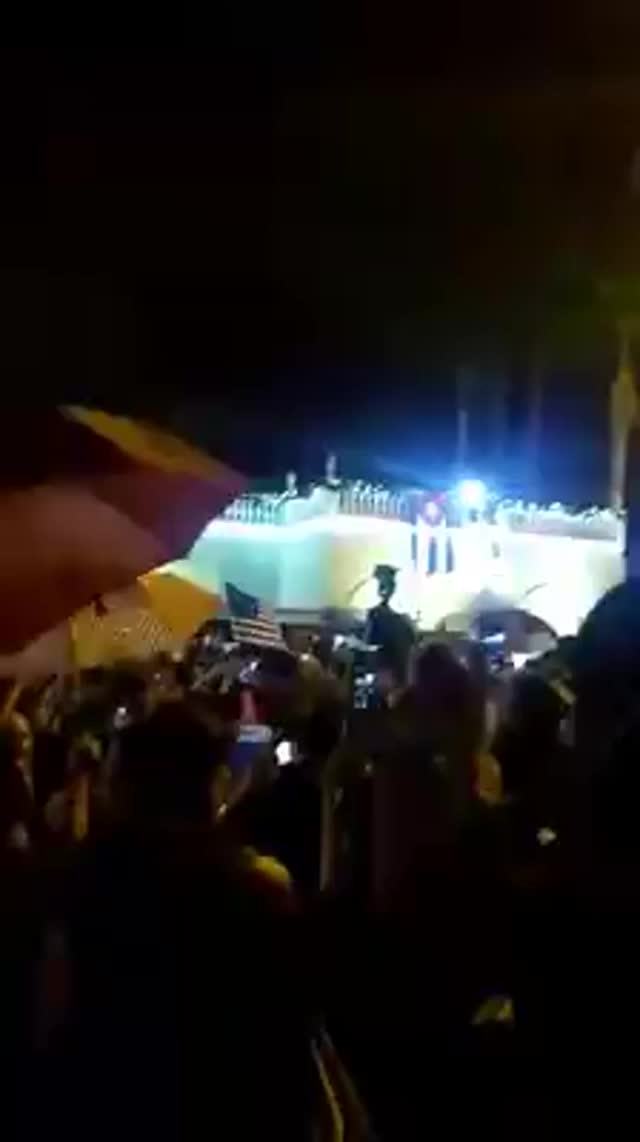 The gathering, captured in the videos attached to this story, is among many spontaneous celebrations happening in Miami overnight after the long-anticipated death of the Cuban leader, who first took power in 1959 but had in recent years become more of a symolic commander in chief and living link to the revolution's first days.

Banging pots and pans, setting off fireworks, and chanting "libertad" or "liberty," the street celebrations offered a pent-up emotional release for an exile community whose first members arrived 57 years ago, many of whom anticipated short stays in the United States before returning home, but instead died here waiting for the end of Castro's leadership.

Similar street gatherings occurred a decade ago, when Castro first stepped aside because of health issues amid speculation that his death was imminent or had already happened.

Little Havana is the symbolic heart of the Cuban exile community, and restaurants like Versailles and La Carreta, started by Cuba immigrants and popular for the sense of family and taste of Cuba they offer, naturally attract crowds during momentous moments.

While the death of Castro is an event of great symbolic power, the impact of his passing may not be as potent or immediate as it may have been had it come a decade or more ago. In years past, observers had speculated of open revolt in Cuban streets and other immediate signs of change.

Instead, change in Cuba has been underway for years under the leadership of Fidel's brother, Raul Castro. The rapprochement in recent years between Cuba and the United States has also blunted the possible transformative impact of Castro's death.

Another unknown that Cuban Americans are contemplating is what impact the election of Donald Trump to the U.S. presidency might have on relations between the two nations, and whether the Republican leader might pull back on President Barack Obama's initiatives to restore relations and trade between the countries.