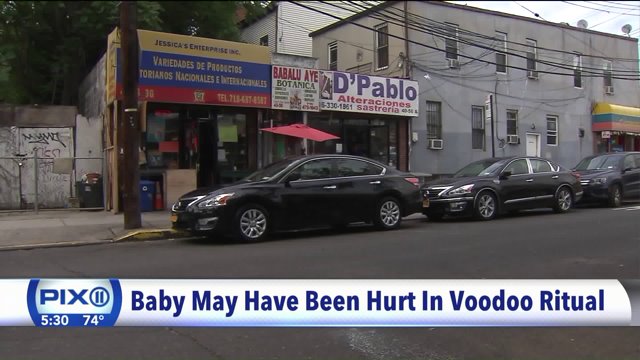 SUNNYSIDE, Queens – The father of a 5-month-old girl who died in Queens in August has been charged with murder, police said Tuesday.

Jorge Baque, 36, of Greenpoint Avenue, Queens, who faces murder and assault charges, allegedly said the baby had an “evil eye” and always cried, so the parents sought help in the priestess.

Law enforcement sources told PIX11 News the infant’s parents took the baby to a priestess who performed a voodoo ritual on her. But soon after the ritual, the child died.

Alaia Baque was found unconscious and unresponsive Saturday morning at her home along Greenpoint Avenue in Sunnyside, police said. She was rushed to a hospital where she was pronounced dead.

Baque, whose death has been ruled a homicide by the city’s Medical Examiner, had suffered eight skull fractures, four impact sites, bleeding eyes likely caused by shaking, and bruising to her head.

The child’s family has been investigated by the Administration for Children’s Services (ACS) because of an alleged incident with their older son, but the accusations were unfounded, sources said.