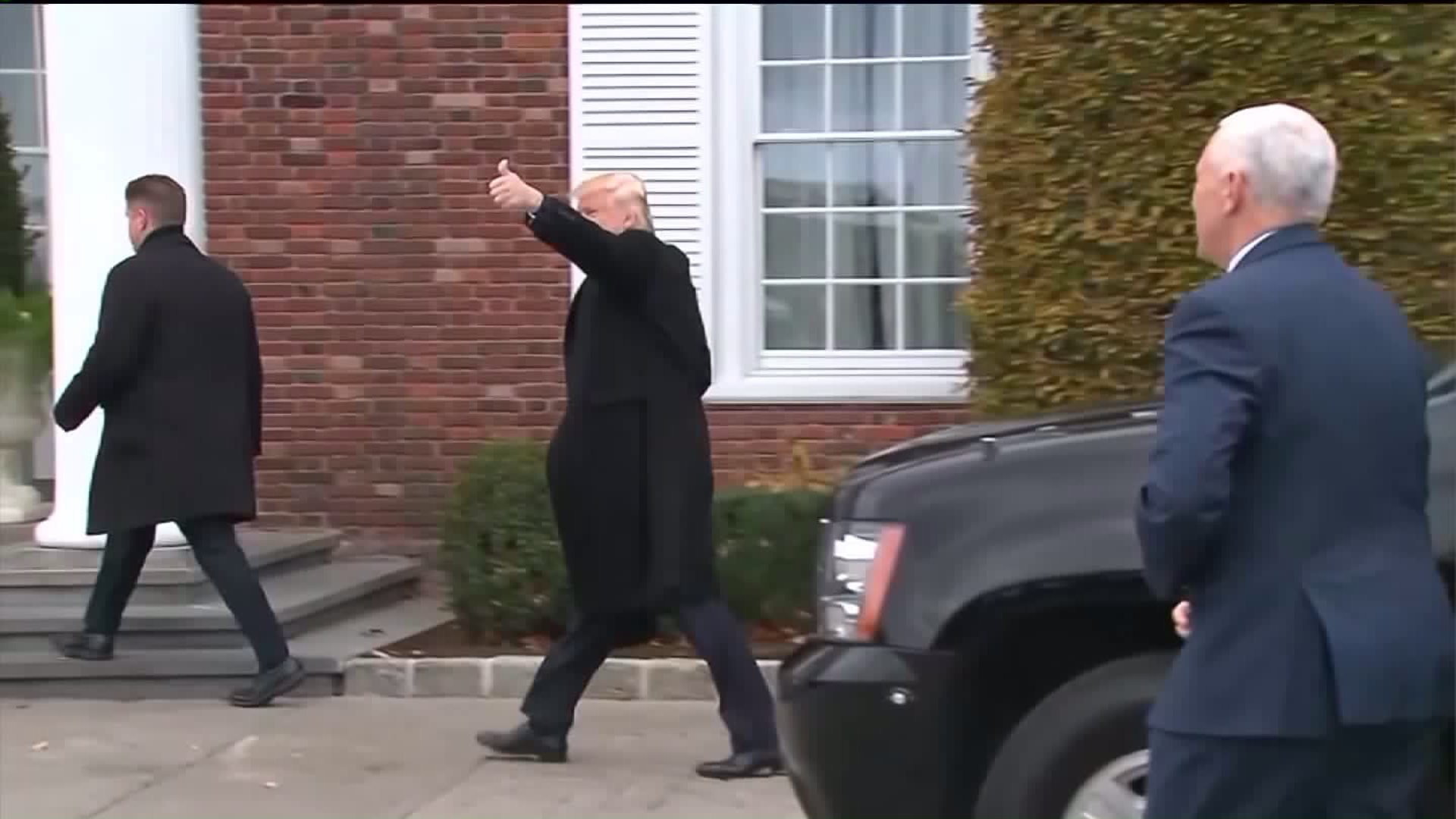 NEW YORK -- The revolving door of Republicans that were seen meeting with President-elect Donald Trump this past weekend at his private golf club in Bedminster, New Jersey continued back at Trump Tower on Monday.

Nine meetings announced per the transition team with the two raising a number of eyebrows.

The other involved Congresswoman Tulsi Gabbard, a Democrat who supported Bernie Sanders out of Hawaii.

The other interesting development are plans for President-elect Trump to spend the Thanksgiving holiday weekend in Florida.

A relief to some neighborhood workers like Manny Munoz.

"It might be a great weekend being that Black Friday is right around the corner at the same time so, it won't be as hectic as it is now," Munoz said.

The areas in and around Trump Tower have experienced enhanced security measures over the past two weeks, however the congestion nor security did not change much this past weekend, according to eyewitness accounts.

According to one deliveryman, the same amount of security was present, even though Trump was in New Jersey.

Journalists and executive management from numerous networks were also at Trump Tower for an off-the-record media summit -- an intriguing development since the President-elect has not addressed the nation since the early morning hours of Nov. 9.