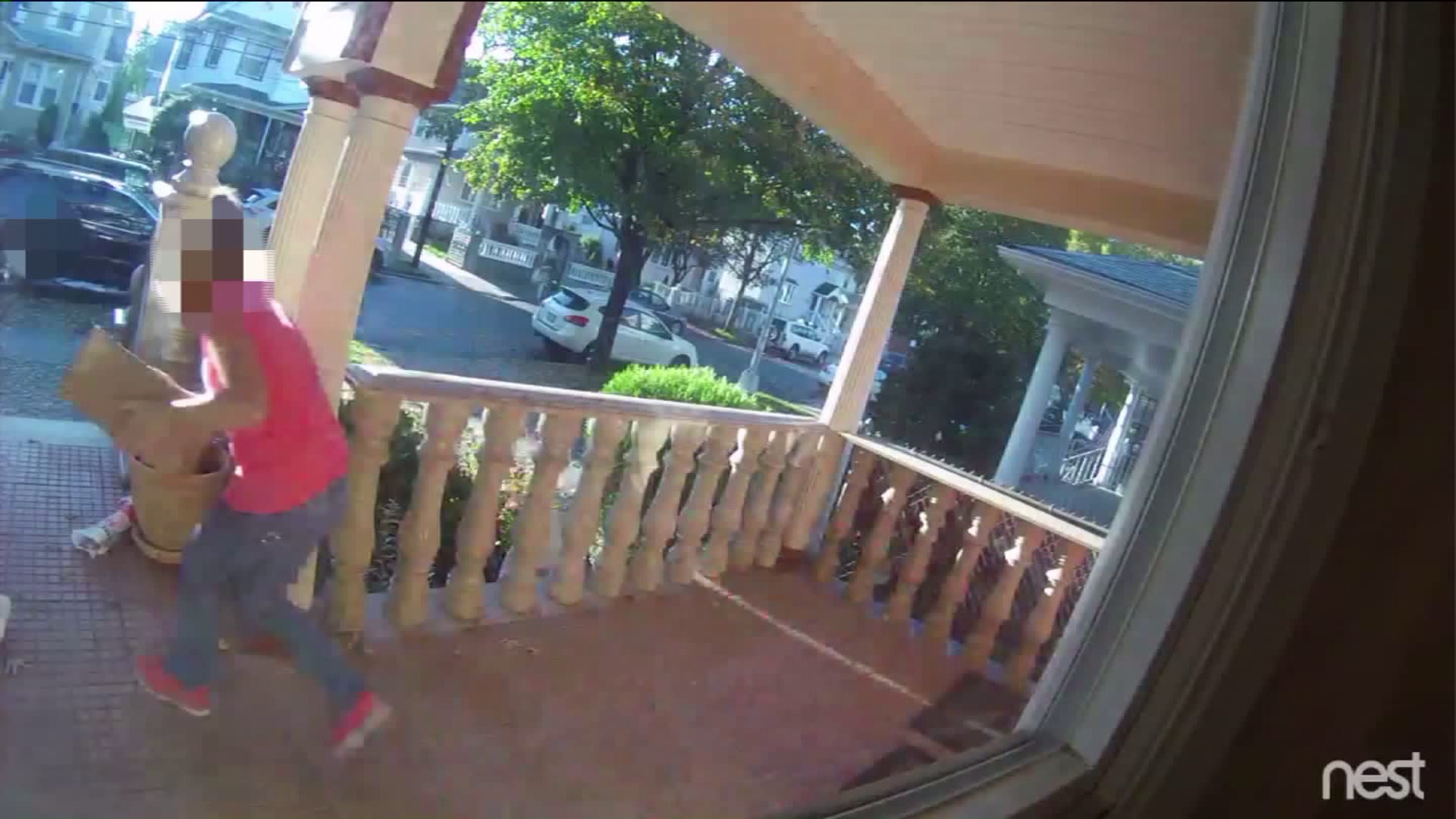 WOODHAVEN, Queens — A woman with her two daughters were caught on home surveillance camera allegedly stealing packages left outside of a Queens home in three separate incidents in October.

Kimberly and Jennifer David, sisters who live in the family home in Woodhaven, Queens, wondered why the numerous clothing items they had ordered online hadn’t arrived.

So they called UPS and the Postal Service and were told all the merchandise had been delivered and left on their porch. Their home has a security camera so they went back and checked the video over a three-week period. They found what happened to their packages.

On Oct. 21, the video shows what appears to be a mother and her two young daughters walking down the sidewalk towards the David’s home. The group stopped in front of the house and looked at the porch. The older woman appeared to be saying something to one of the girls, who then quickly moved toward the porch, crouching as she reached down, picked up the package, turned around and quickly went back down the stairs.

“I thought it was such a shame that someone was sending children to do this for them,” Jennifer David said.

The sisters found another theft caught on tape almost a week later. The same woman and girls stopped in front of the house. The older girl ran up the stairs, grabbed the package and took off.

Videotape of a third package theft was accidentally erased. All three thefts took place around 4 p.m., before the sisters get home from work. They did call the police and turned over the security video. The cops told them there had been a spate of package thefts happening lately.

“It’s annoying that some of our packages were stolen, but I think we really just want to identify who is it that’s doing this because they’re using children in the process. Children are being exploited. Someone is teaching them that it’s all right to do this," David said.

With the holiday season fast approaching, UPS and the Postal Service have a number of recommendations for keeping your packages safe. If you’re not going to be home, have packages sent to your work or to a friend or neighbor’s home. Request a signature when the delivery is made. Use a tracking number to know when delivery is expected.

If you’ve got a story for us, email us at whatashame@pix11.com. Or contract me on Facebook or Twitter. I’m Arnold Diaz, PIX11 News.