Trump name to be removed from 3 NYC apartment buildings 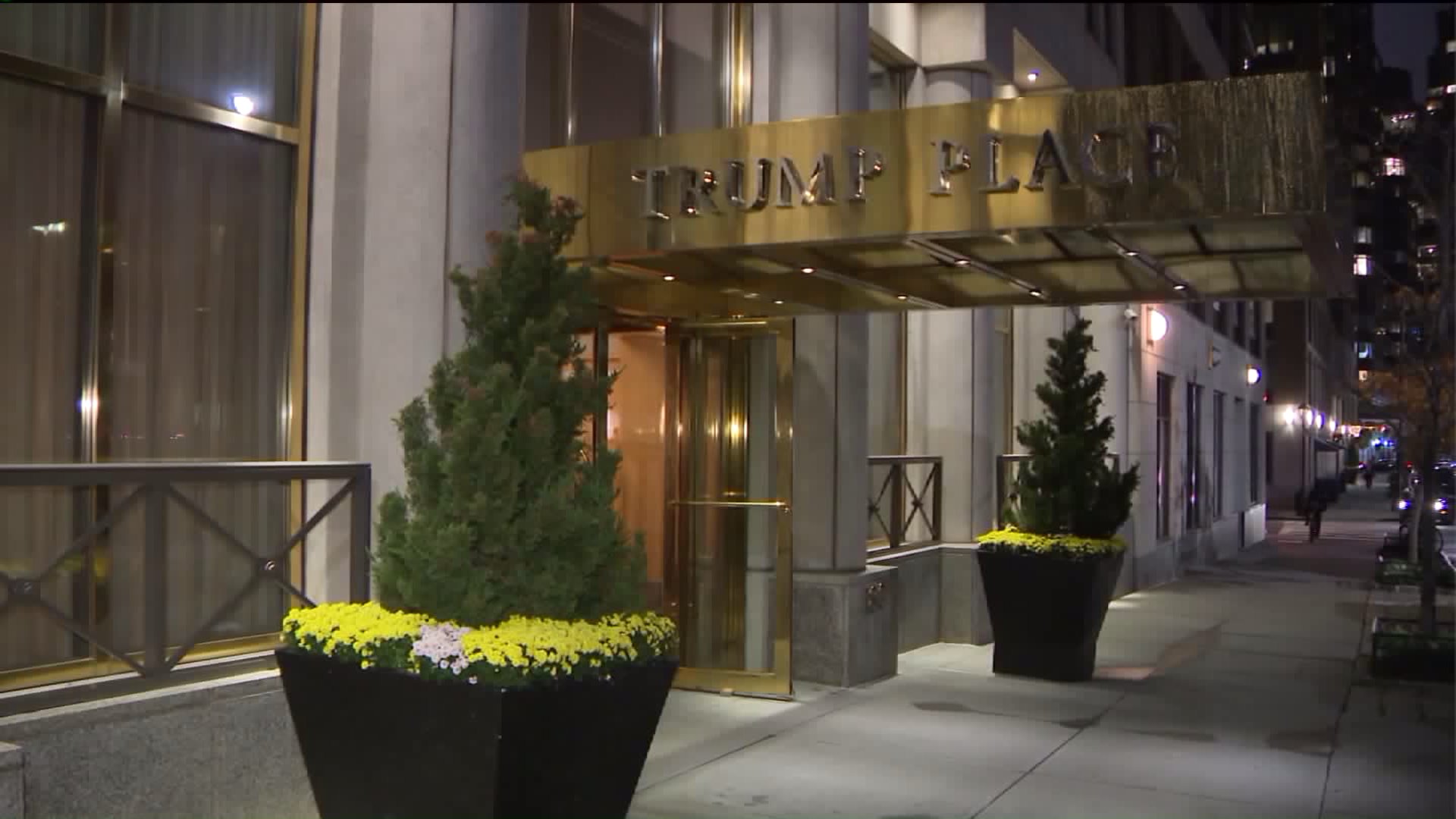 UPPER WEST SIDE, Manhattan — The president-elect's name no longer will be emblazoned in gold letters on three Manhattan apartment buildings, according to management at the soon-to-be-renamed Trump Place Apartments on Riverside Boulevard.

The change will affect the residences at 140, 160 and 180 Riverside Boulevard on the Upper West Side. The Trump letters will be stripped off sometime this week.

In an email sent to residents Tuesday and obtained by PIX11 News, an employee of Equity Residential said, in part:

"The purpose of this change is to assume a neutral building identity that appeals to all current and future residents. Using the street address for the building name is popular practice in NYC, and our well-known Riverside address makes it easy for visitors to locate the building."

A spokeswoman for Equity Residential said the company had a licensing agreement on the name but that agreement has expired. A separate representative told Bloomberg the buildings' landlord has never paid the Trump Organization to use the name.

As for the Trump Organization, a spokesperson there said the decision was mutual.

"This recent change is simply the enforcement of a pre-existing agreement which has been in place for years," the spokesperson said in a statement to PIX11 News. "It was mutually agreed upon."

Still, it's a welcome move for many residents.

A petition to "Dump The Trump Name" from the buildings garnered some 600 signatures in support of shedding the moniker, citing Trump's "appalling treatment of women, his history of racism, his attacks on immigrants, his mockery of the disabled, his tax avoidance, his outright lying..."

Residents Linda Gottlieb, Robert Tessler and Brian Dumont started the petition, saying they were "embarrassed" to live in a building bearing the president-elect's name.

"WE WON! The Trump name is being dumped this week from all three buildings! Congratulations to us all for making our voices heard. And warmest thanks to Equity Residential for listening. A victory for citizen power!" a post on the petition's page read Tuesday afternoon.