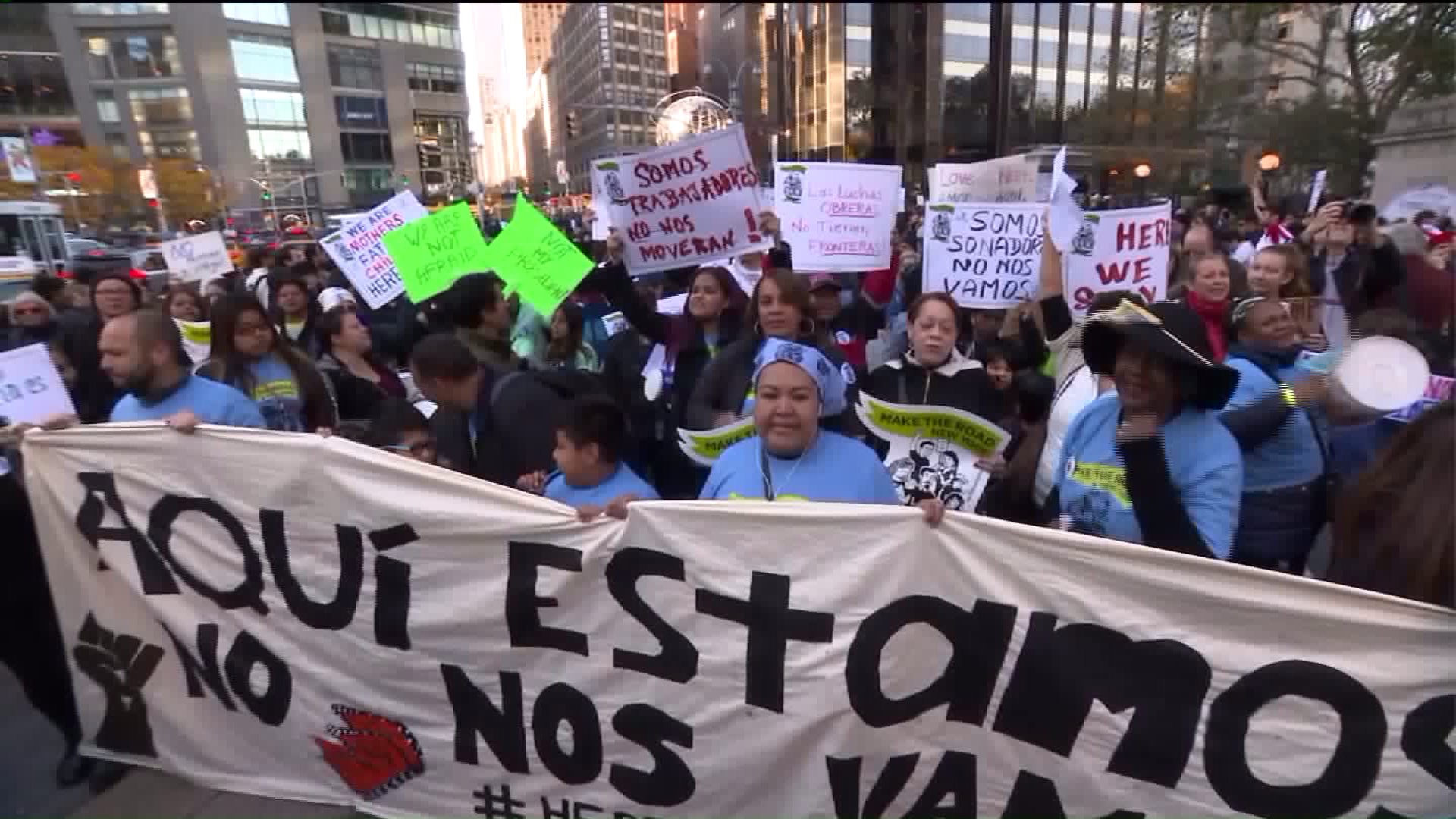 NEW YORK — President-elect Donald Trump is holding true to his promise of removing millions of immigrants from the United States.

In his interview on CBS’ “60 Minutes” which aired Sunday, he told host Lesley Stahl that he will remove “criminals” or incarcerate them.

“What we are going to do is get the people that are criminal and have criminal records, gang members, drug dealers, we have a lot of these people, probably two million, it could be even three million, we are getting them out of our country,” said Trump.

The president-elect said once the border is secured and things are "normalized" they will make a decision on the millions of other immigrants in the country.

"They're terrific people but we are gonna make a determination at that," said Trump. "We want to secure our border."

When asked about building a wall between the United States and Mexico, Trump said it will still be created.

Stahl brought up that the Republican Congress has discussed building a fence instead of a wall. Trump said he would accept a fence for certain areas but in other parts, "a wall is more appropriate."

Immigration will be one of Trump's top priorities when he gets into the White House.

Trump said after meeting with House Speaker Paul Ryan, they agreed to focus on healthcare, immigration and and lowering taxes as top priorities.

His stance on immigration has sparked protests across the country. Thousands of protesters have marched through New York City since Trump was announced the winner of the election.

More than a dozen people have been arrested in New York City during the protests.