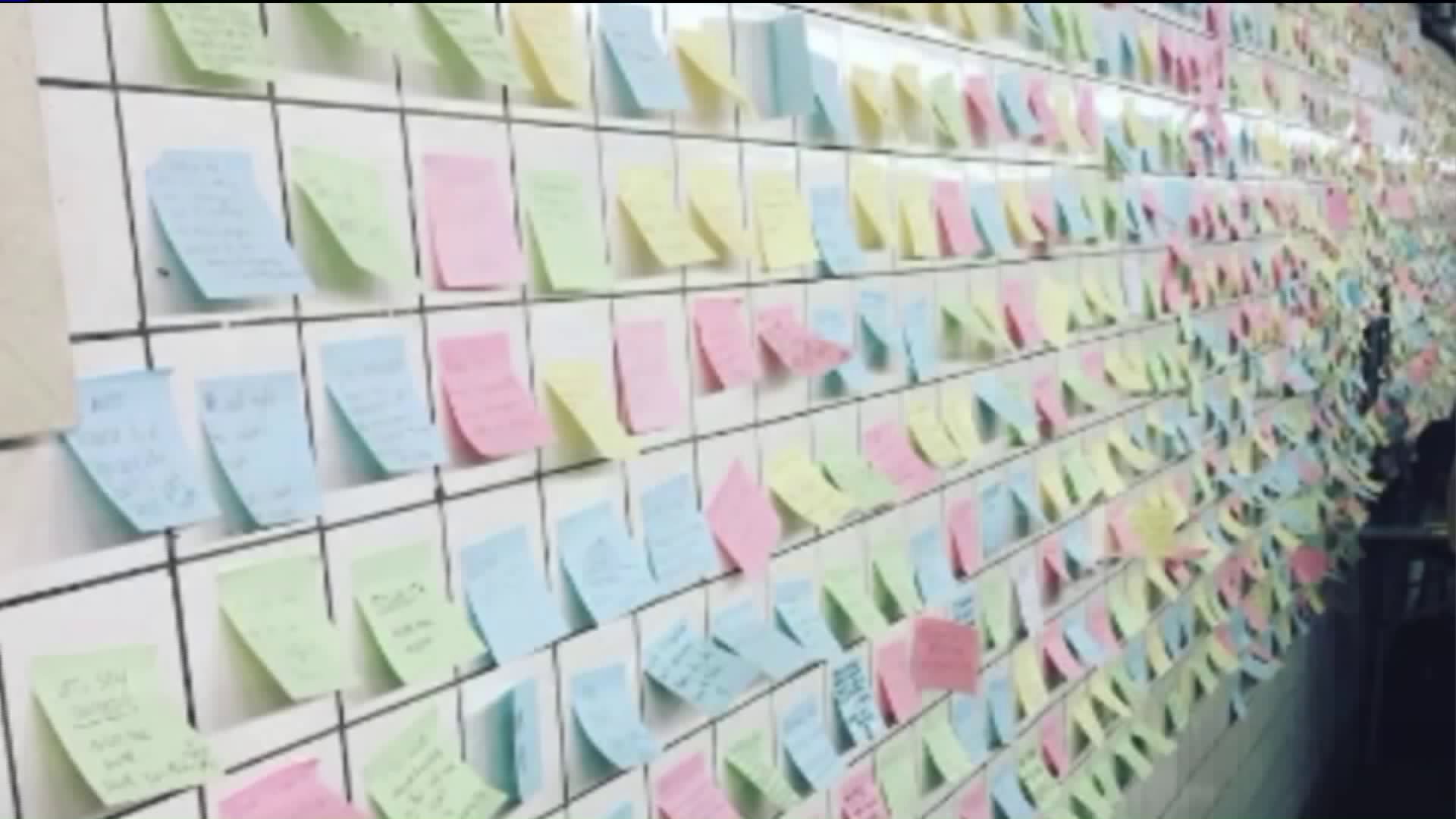 CHELSEA, Manhattan — Days after a contentious and divisive election, New Yorkers are finding a simple and easy way to express themselves: sticky notes.

In the long pathway linking the No. 1 train to the L train under 14th Street sits a man who has dubbed himself the "subway therapist." His name is Matt Chavez and he is not actually a licensed therapist at all.

"I am not a licensed therapist," Chavez said. " However, I do not think you need to have a license to help other people."

Chavez has a degree in creative arts, and creative this is. He began his subway therapy program six months ago as a way to give passersby someone  to talk to.

"There is a lot of negative energy people have," Chavez said.

But after seeing a virtually silent subway Wednesday morning after the election, he wanted to appeal to a much larger audience all at one time. So he grabbed some pens and sticky notes and hung up a sign that said, simply, "Express yourself."

The response was powerful.

More than 2,000 people stopped to share their thoughts, most of which were related to Wednesday's election results. Chavez had planned to stay for a few hours but ended up staying until the wee hours of the morning. He then removed each note himself and returned Thursday to begin the process all over again.

Chavez said this is not meant to be divisive in any way and did not want to tell PIX11 News who he voted for.

"I want this to be a neutral space," Chavez said. "If you lead off a conversation with someone asking who did you vote for, it already is a divisive way of understanding one another."

Chavez sets up shop in various locations, usually telling followers on social media where he will be next. His website is subwaytherapy.com.