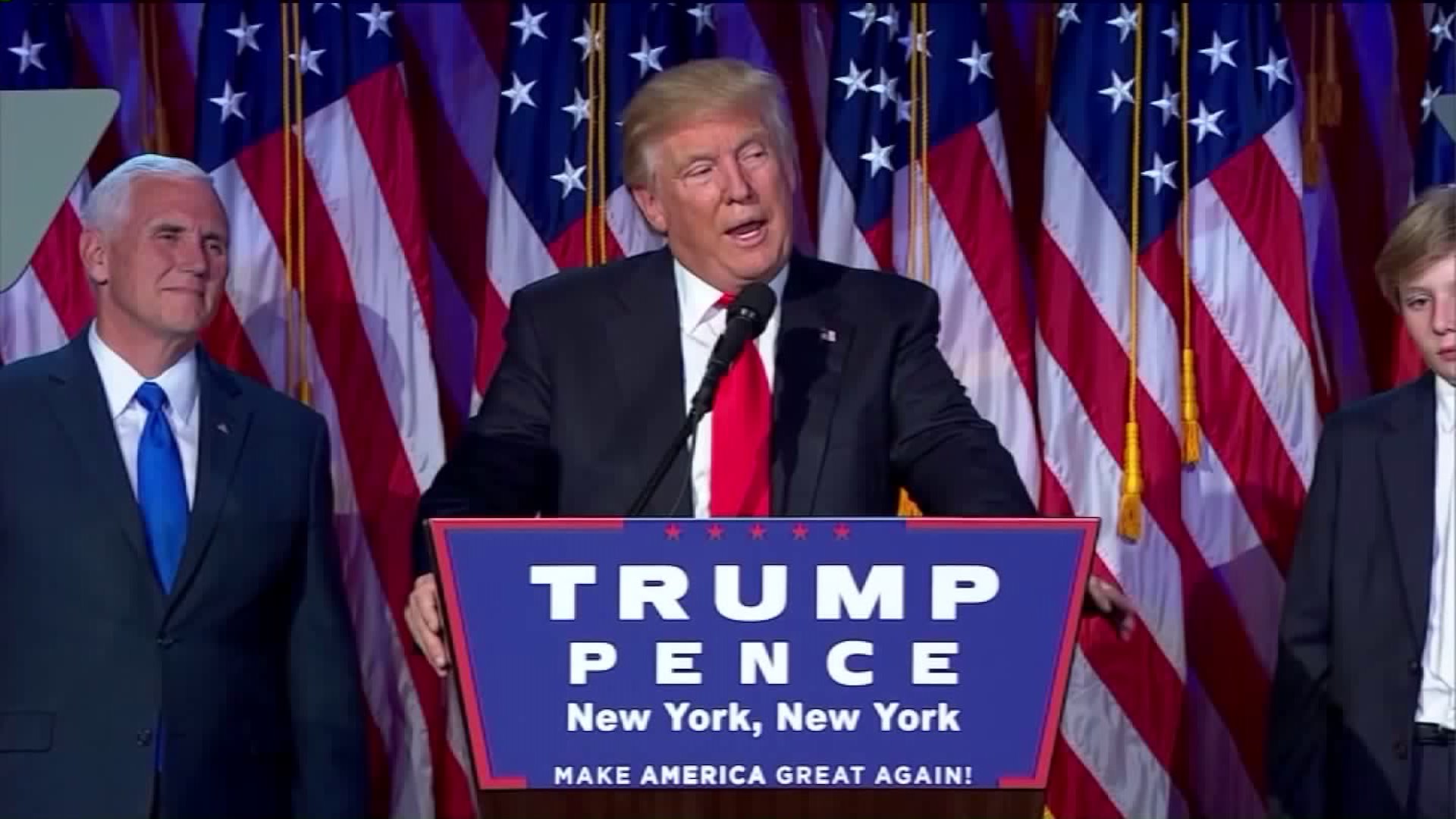 NEW YORK — The election may be behind President-elect Donald Trump, but his hard work is just beginning.

In the 73 days between now and the inauguration, Trump will have plenty to do. From 4,000 appointments -- 1,100 of which require Senate confirmation -- to delivering on campaign promises to completing a budget, the previous few months before a president-elect takes office are a whirlwind of activity.

"We used to kid we didn't know how fast warp speed was, but the transitions were faster than warp speed," said Clay Johnson III, who managed the transition for President George W. Bush.

While Tuesday night was a time for celebration, Wednesday morning brought the reality into focus for team Trump, led by transition Chairman Chris Christie. If history is a guide, the next two months and change will be a mad dash.

The day after his election in 2008, then President-elect Barack Obama held meetings with his team and spent time with family. But the day after, two days after the election, he made his first appointments, naming Rahm Emanuel as his chief of staff and David Axelrod as a senior White House adviser.

Obama had mostly filled out his top White House staff in less than two weeks, and names of Cabinet officials also began to surface. Less than a month later, the core of his Cabinet -- especially on national security -- was taking shape.

The days after the election are a frenzy of meetings, vetting and coordination, all of which the transition tries to keep a tight lid on until they're ready to make names public.

Johnson experienced a unique version of transition. In 2000, the election wasn't finalized until a Supreme Court decision in December on the winner of Florida, leaving only about a month for the normal transition period. But he said his experience of getting "teary-eyed" out of sheer exhaustion on the way home every night was something that all transition officials he's compared notes with have also felt.

His counterpart in 2008 was Christopher Lu, executive director of the Obama transition and now deputy secretary of labor. Asked to give advice to the 2016 transition chiefs before Election Day, Lu told CNN that banking sleep will be essential.

"I will tell anybody who's planning a presidential transition, as busy as it is now, make sure you get a little bit of sleep because once the day after Election Day comes, it is going to hit you so fast," Lu said. "It's a special moment. It is something that is unique really in all of government. The fact that we've had peaceful transitions for the last 200 years really is what makes our democracy so special -- but trust me, get some sleep now because you won't be getting a lot during the transition time."

While building and vetting a Cabinet and developing policy are primary focuses of the transition, the effort also has to work on preparing that new administration to lead from day one -- no matter what circumstances are thrown at it.

An effective transition should run table-top exercises to run through simulated emergencies of a variety of types, from terrorism, to public health, to natural disasters, the hope being that when the first crisis hits the presidency, it won't be the first time principals have gathered into a room to respond.

The transition period is one of the most vulnerable in American democracy. In addition to a new president taking office, only a few hundred of the 4,000 appointed officials are usually in place by August recess, meaning agencies are operating without permanent leadership or brand new leadership.

That's one of the reasons that past transition chiefs and good government experts at the nonprofit Partnership for Public Service have emphasized the importance of starting transitions early. Both Clinton and Trump began thinking about transition last spring and set up their offices in earnest in August.

Traditionally, the transition also enjoys some bipartisan support that stands in stark contrast to the pitched partisan fight of the general election.

Obama signaled Wednesday he was ready to ensure a smooth handoff to Trump, calling "the peaceful transition of power ... one of the hallmarks of our democracy."

Obama met with McCain in 2008, and emails hacked from Obama's transition chairman, John Podesta, who now chairs Hillary Clinton's campaign, revealed that McCain's transition's head of personnel wrote Obama's team a few after the election to offer his services and research into top administration positions, according to emails released by WikiLeaks.

Partnership for Public Service recommends Trump set an ambitious goal of having roughly 100 appointments confirmed by the Senate shortly after inauguration and 400 to 500 positions by August recess. If the President-elect is to meet that goal, it will require tireless work before January 20.

Johnson recalled Bush's first meeting in the West Wing, at 8:30 a.m. on January 22, 2001. The first order of business was getting official nominations out the door to the Senate for confirmation. Johnson swelled with pride as he recounted how the half-hour meeting went exactly according to plan, with all of his team's preparation paying off.

"I said (to the team), 'I guarantee you the President will never have a better meeting, a more productive, on time, matter of fact, boom, boom, boom meeting than he just had with you all in however long he's going to be president,'" Johnson said. "It was true. We were so proud. It was just so exciting. It's the launch of the rocket ship. I think the people at NASA will tell you something like 80% of all the energy required to put a satellite in orbit is required to get the rocket about 100 feet off the launchpad. This is the launch, the transition, in the first days and weeks of an administration is that rocket ship."