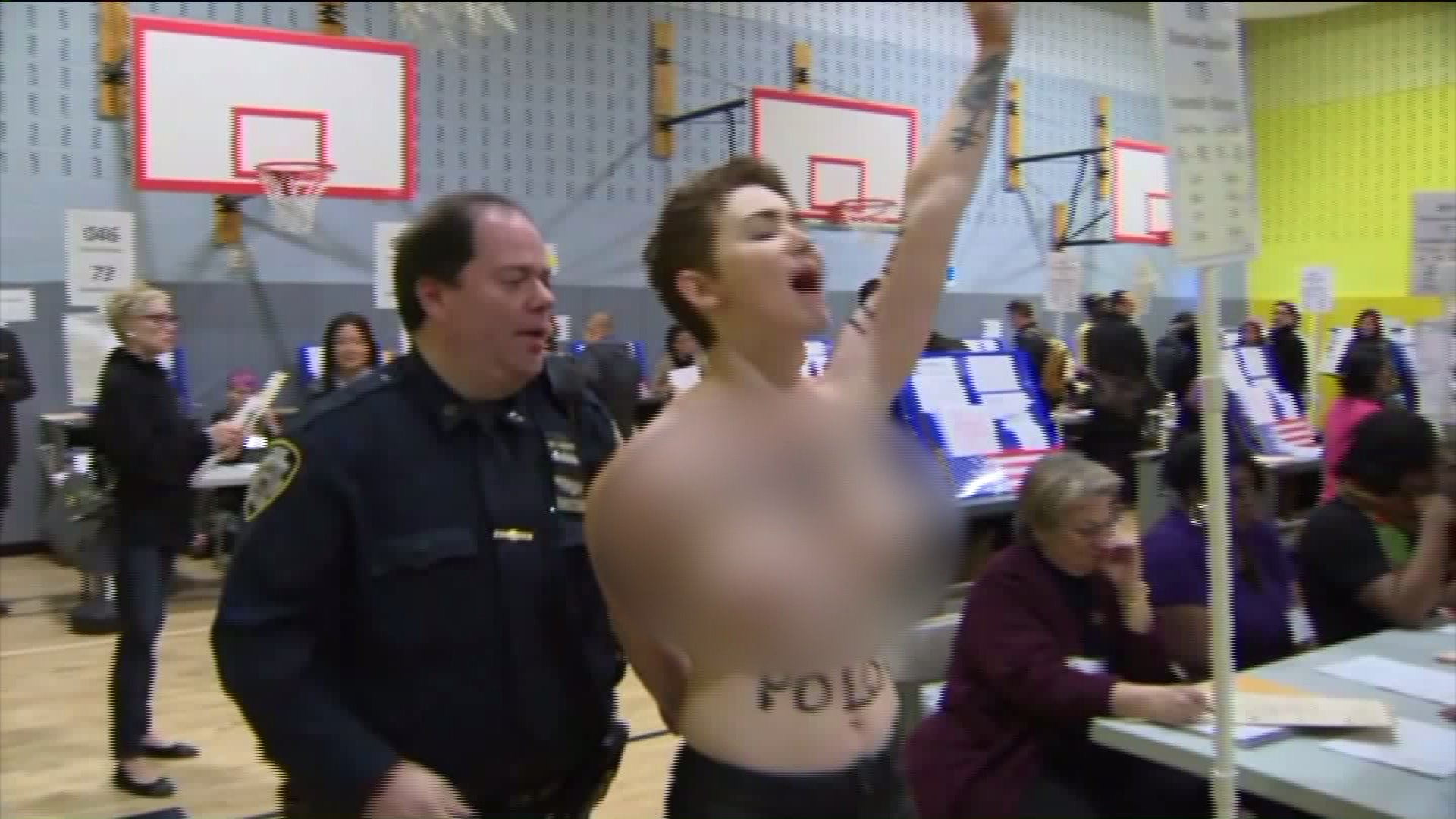 Both women protestors — later identified by a police source as Tiffany Robson of Seattle and Neda Topaloski of Montreal — wore pants but no tops, and had writing on their chests and backs while chanting at P.S. 59, at 233 E. 56th St.. around 8:20 a.m.

It is not known if Robson voted before partaking in the disruptive scene.

Black writing on one woman’s chest stated, “Hate out of my polls,” and on the second woman, “Trump grab your balls.”

Writing on the back of both women stated, “FEMEN USA.”

Dozens of voters appeared to be in the school’s gymnasium casting their ballots when the women began chanting and raising their fists in the air.

The chants were mostly inaudible in video of the scene, but they seemed to be yelling, “Trump … get your balls out of our polls,” and “Trump, grab your balls.”

The women were detained at the scene, and officials were seen attempting to put a shirt on one of them.

Charges against the women are pending, the NYPD said.

Trump voted at the Midtown East location around 11 a.m., and he did not appear to be at the location during the protest.

There were no immediate reports of other issues at the Manhattan polling center, but numerous others have reported problems across New York City.

In Crown Heights, some voters waited more than two hours to cast their ballot after Twitter users said ballots were misplaced and scanners went down.

Polls are open in New York until 9 p.m., You can click this link to find your designated voting location.