Clinton, Trump cast their ballots in NY on Election Day 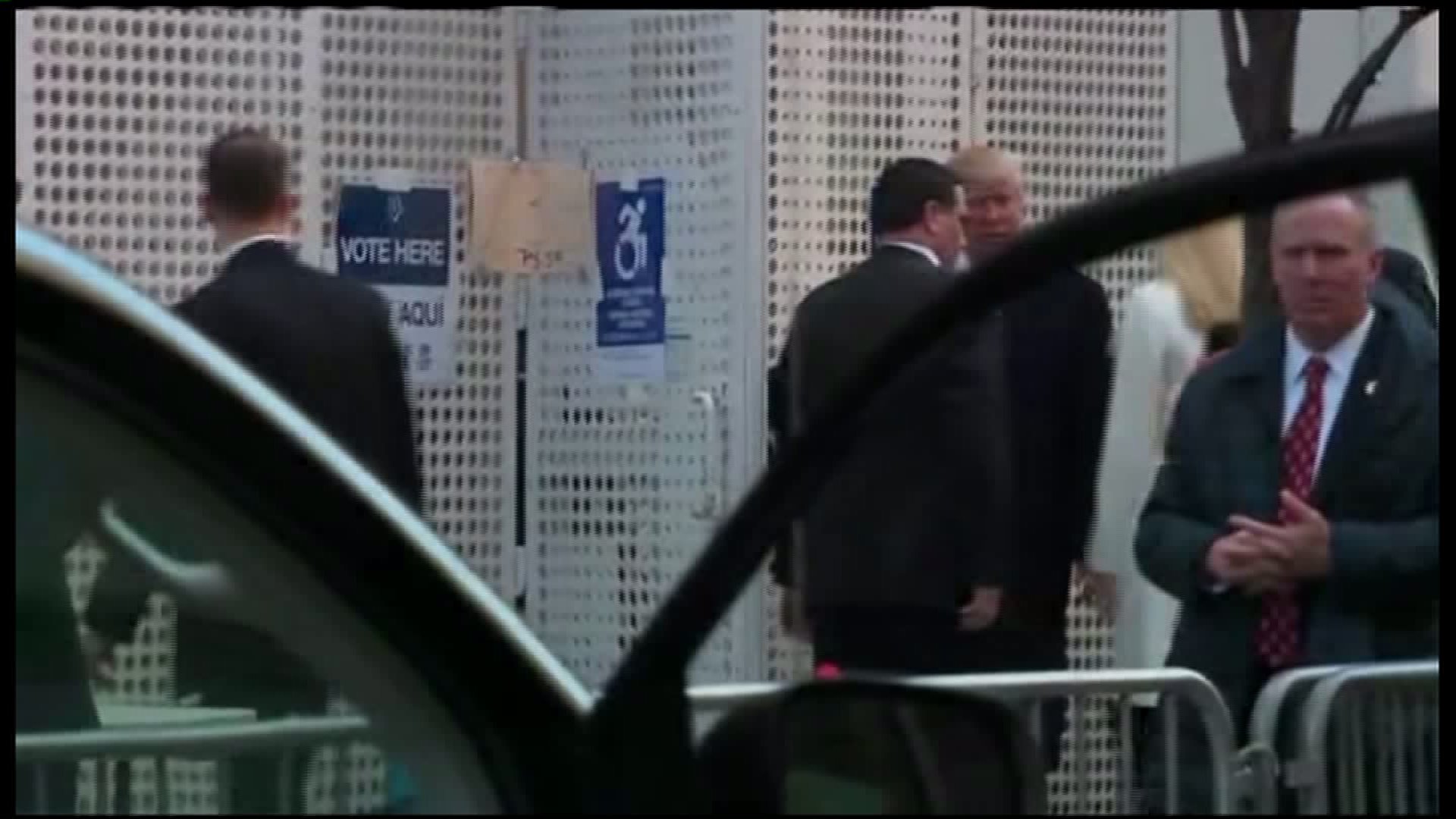 Trump was greeted with boos as he and several family members voted at P.S. 59 in Manhattan Tuesday, several hours after two topless women protesters ran through the gym and were detained by police. He was booed again when his family left.

Democratic nominee Hillary Clinton voted earlier Tuesday near her home in Chappaqua, New York. She was accompanied by her husband, former President Bill Clinton, as they spoke with voters and made their way to the booth.

Both candidates' running mates have cast their ballots as well.

Clinton's vice presidential nominee Tim Kaine was 15 minutes early to his polling place in Richmond, Virginia. He told CNN he was second in line behind 99-year-old Minerva Turpin.

“Well, Ms. Turpin gave me reason to believe that I might win her vote. I voted at a senior center that’s two blocks from my house. She is the president of the residents’ association. So she welcomed me — she was the first voter, I was the second voter. She pinned my ‘you voted’ stick on after I completed my ballot,” he said.

Kaine added: “We think that there’s going to be huge turnout. And that is good news for democracy when people participate.”

Trump's VP pick Mike Pence decided to take to two wheels on his way to the voting booth as he rode next to his wife around Indianapolis.