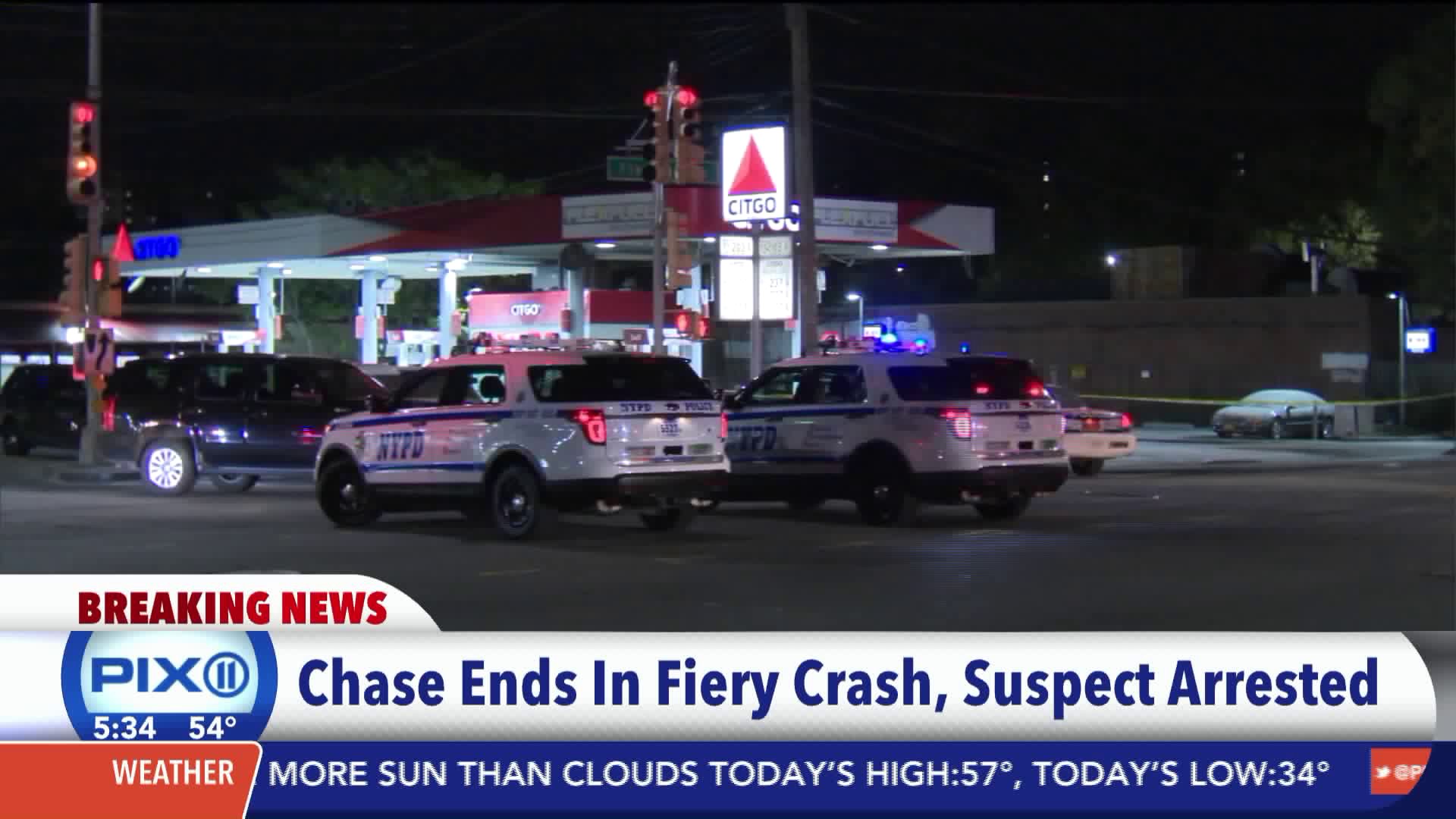 EAST NEW YORK, Brooklyn — A man wanted for the slaying of his wife led police on a chase from Long Island to Brooklyn before crashing his vehicle into a gas station early Friday, according to authorities.

While fleeing from Nassau County and NY state troopers, the driver, 44, crashed his vehicle into a Citgo gas pump at Pennsylvania and Flatlands Avenues around 12:40 a.m., police said.

The chase began in Bethpage after officers, responding to an assault at a home on Seitz Drive, discovered a 41-year-old woman stabbed multiple times and dead at the residence, according to Det. Lt. Richard LeBrun of Nassau PD.

The man's 16-year-old daughter, who is now in a local hospital, was also found with defensive stab wounds to her arms and hands, Lebrun said. His 12-year-old son made the distressing 911 call, alerting police who then spotted his Hyundai Senata traveling westbound on the Southern State Parkway.

The mother was stabbed in a bedroom when the children interrupted the attack, police said.

The man fled and authorities followed him until East New York, where he crashed into a car and gas pump, Lebrun said. He exited the burning vehicle and allegedly charged at police officers, who then had to subdue him amid flames.

PIX11 viewer video shows a huge cloud of smoke emerging from a nearby as well as a more than a dozen police cars stationed in the vicinity.

The individual, whose name has not been released, was taken to a hospital in serious condition with stab wounds to his neck and wrist.

There were no other passengers in the car, police said.

The family of the alleged killer is well-known in the community, according to Lebrun. He said police were called to their home once before in March for a verbal altercation between the man and his son.