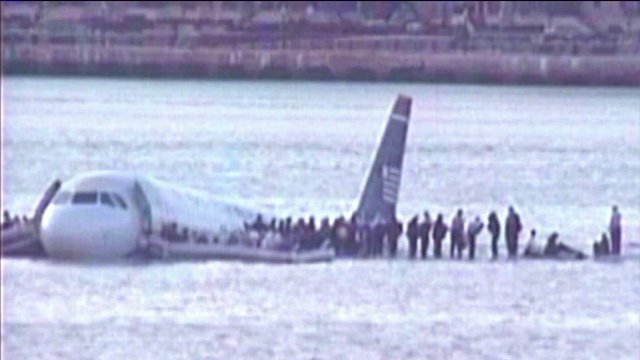 The incident involving Delta Flight 1086 Thursday is the latest in a long history of problems at LaGuardia. 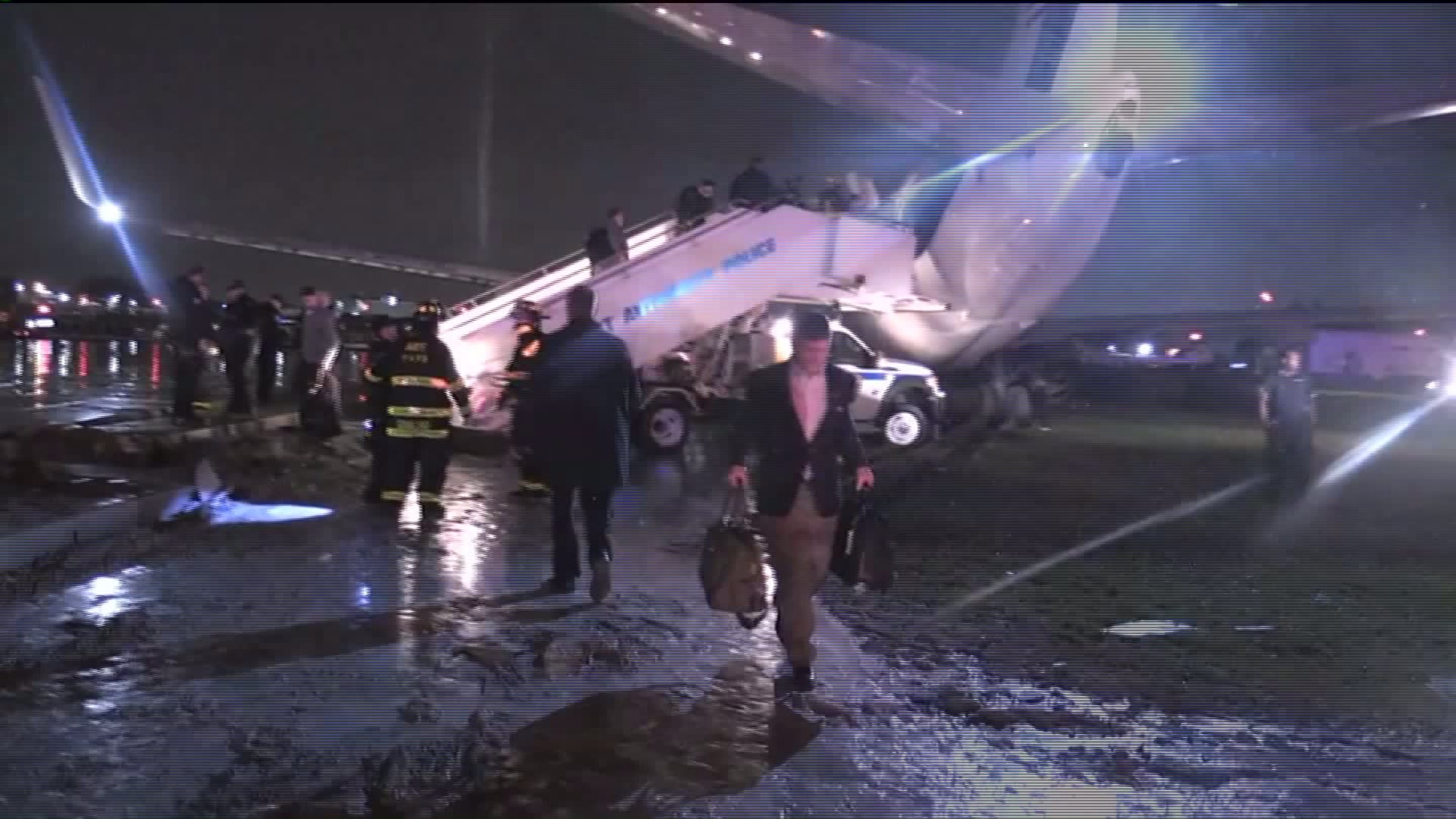 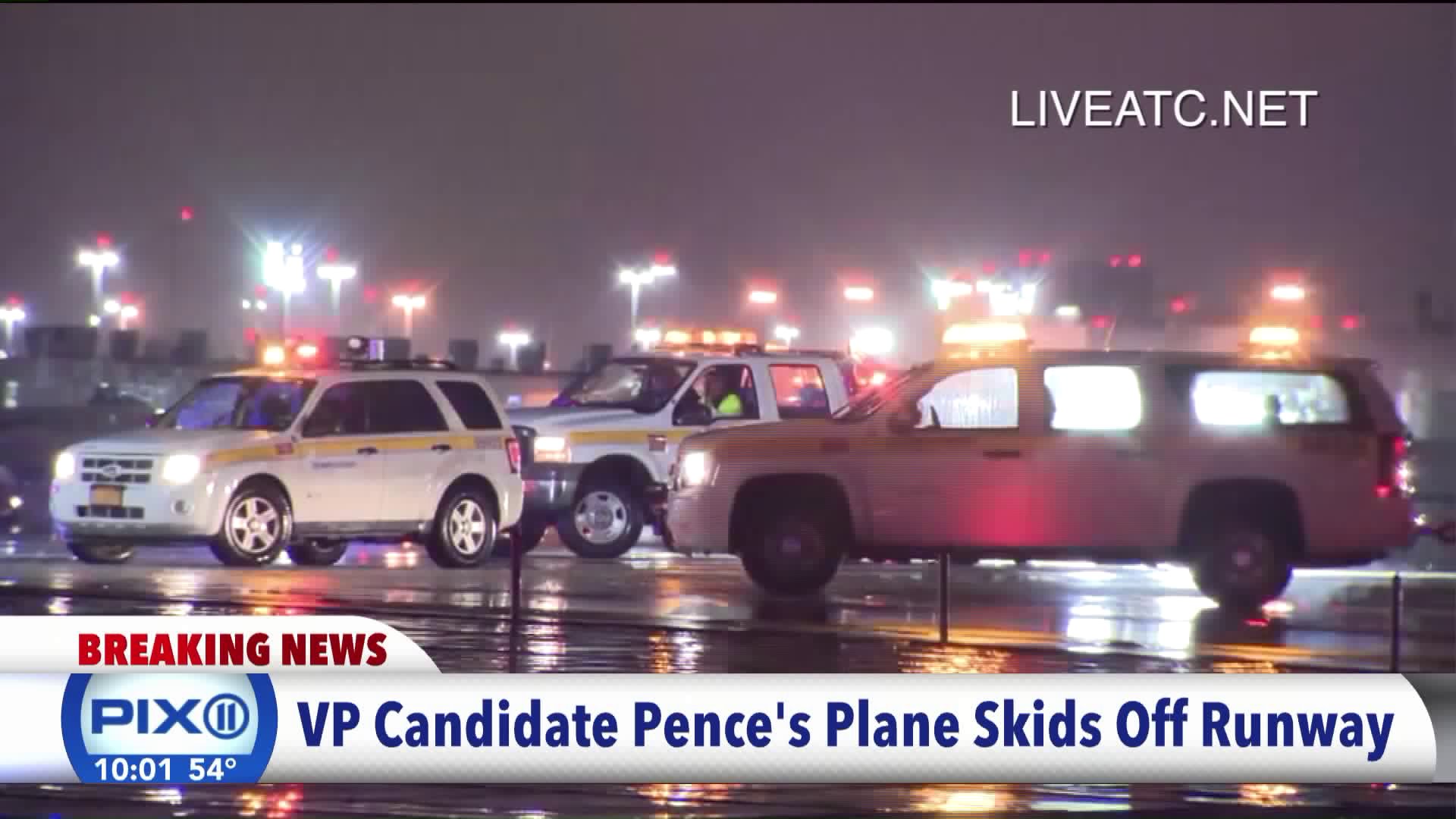 The plane slid off the runway around 7:50 p.m., near 82nd Street and Grand Central Parkway in East Elmhurst.

The plane made a rough impact when it landed. The pilot slammed on the brakes and travelers could smell burning rubber.

There were 37 passengers and 11 crew members on the plane.

Pence took to Twitter Thursday evening to address the scare.

So thankful everyone on our plane is safe. Grateful for our first responders & the concern & prayers of so many. Back on the trail tomorrow!

Donald Trump briefly addressed the incident at a rally in Geneva, Ohio, saying Pence had been in "grave, grave danger."

Democratic presidential candidate Hillary Clinton also took note of the incident. Clinton tweeted she was "glad to hear" Pence and the other passengers were safe.

The flight was delayed initially because of problems at LaGuardia, giving Pence time to toss the football around while stranded on the tarmac in Iowa, and tweet this photo:

A ground hold at Laguardia led to some football on the tarmac in Iowa. #GameOn pic.twitter.com/Xo89ozpQyB

Sources tell PIX11 Pence, his staff and security team are leaving the airport and heading to their hotel in Manhattan.

The airport was temporarily closed but by 9 p.m., Laguardia had reopened to limited air traffic.

Travelers should expect delays and are urged to check with their airline for additional information.

The plane will not be removed from the runway until the NTSB clears it, officials said in a news conference Thursday night.

LaGuardia Airport, which is undergoing a major renovation, has a history of runway accidents, most recently in March 2015, when Delta Air Lines Flight 1086 skidded off Runway 13 on a snowy morning. About two dozen people suffered minor injuries in an accident that ended with the plane's nose atop the seawall over Flushing Bay.