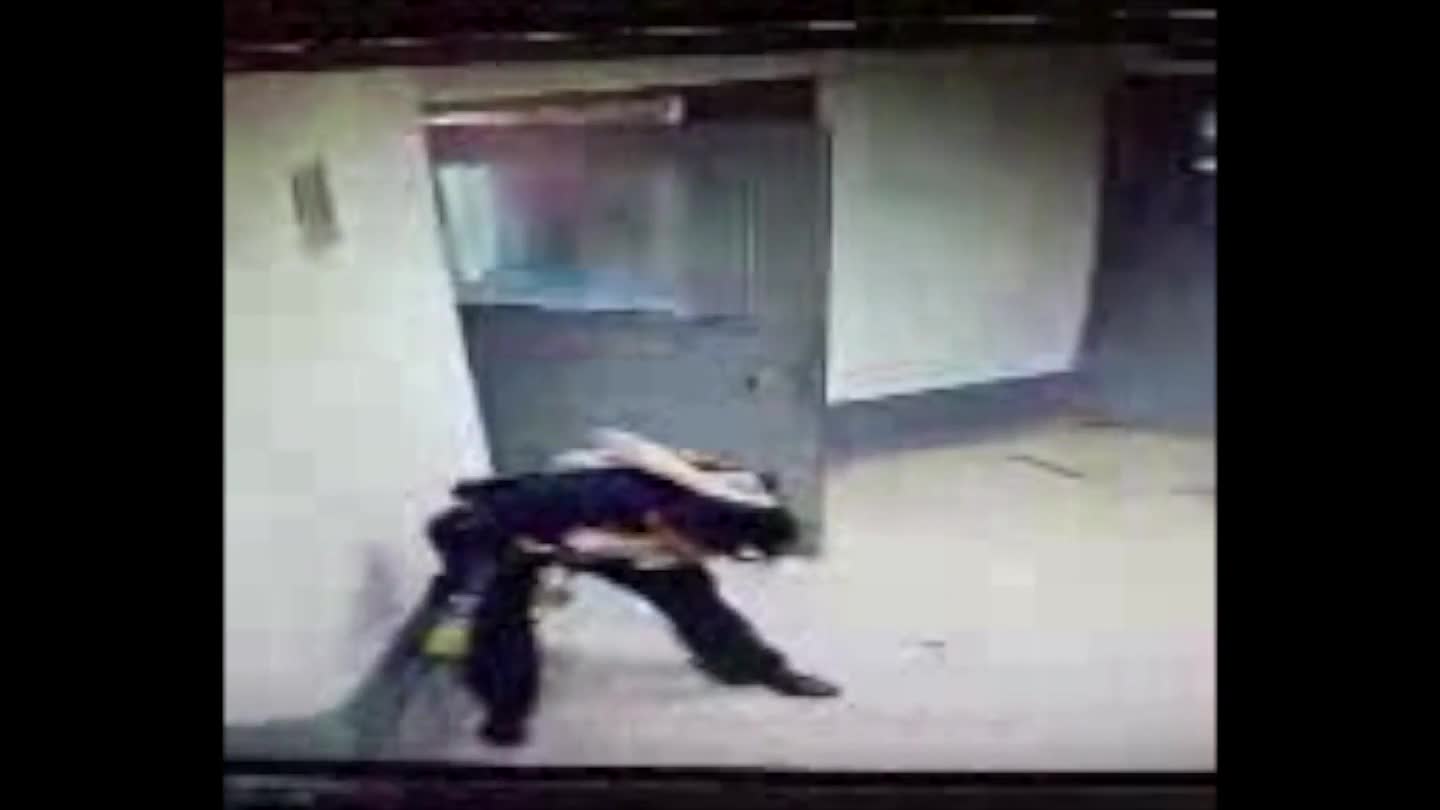 RIKERS ISLAND — A Rikers Island inmate and correction officer were caught on camera in an altercation Tuesday evening.

The incident happened around 5:40 p.m.

Surveillance video obtained exclusively by PIX11 shows the inmate push the escorting officer. The two get into a heated conversation before the inmate pushes the officer a second time.

The officer, who has been on the job since January, was punched and had her hair pulled.

The video shows other inmates observing from another room, but not intervening.

The Correction Officers' Benevolent Association released a statement Wednesday evening regarding the video.

"This alarming video demonstrates yet again, how dangerous and volatile the situation is right now for NYC Correction Officers. If the Department of Correction continues to foolishly remove every available tool we have to protect ourselves, such as punitive segregation, the assaults on COs will continue to rise and no one will be safe at our jail facilities. How many more disturbing videos like this will we have to watch before the Mayor and the DOC Commissioner stop putting politics ahead of public safety? New Yorkers should be outraged!"

PIX11 has reached out to the Department of Correction but has not heard back.