3 dead after fire rips through apartment complex in Hillsborough, NJ 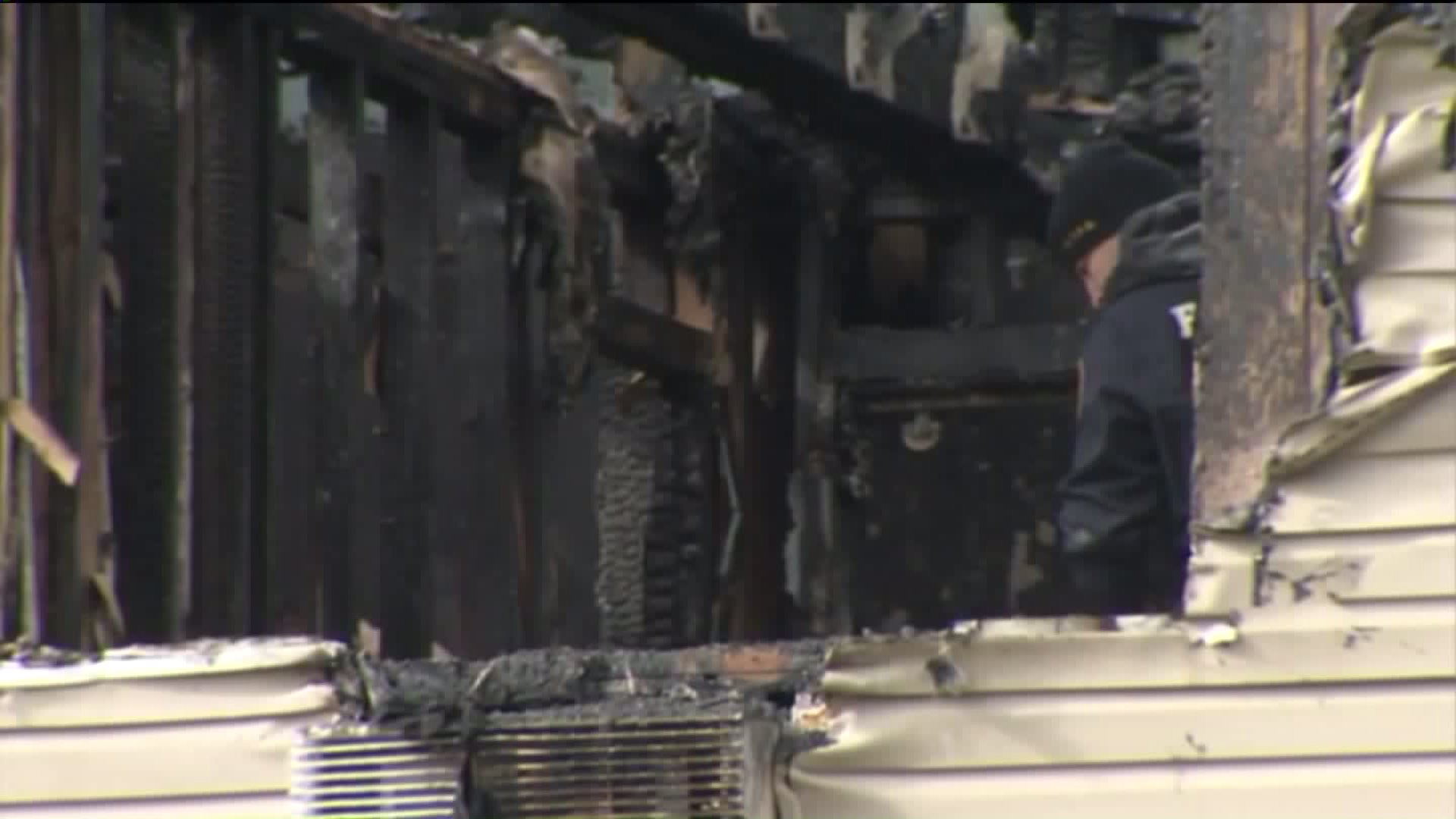 The fire broke out around 10 p.m., Monday night on Farm Road.

Cell phone video shows flames shooting as high as 20 feet above the top floor of the building.

Minutes after the fire broke out, Sally and Pat Terence, who live in the building next door say they heard something they'll never forget.

"I hear someone screaming, 'Help me, help me!'" Sally Terence told PIX11 News. "Next thing I know, we see an officer dart out of his car" and run to the main door of the burning building, she said.

The flames quickly consumed the upstairs corner apartment of the Farm Road residential building. Neighbors said that the apartment's residents were a family that had only recently moved in. They may have had one child, according to other residents. The entire family, apparently, perished.

Investigators confirm that three people were found dead in the apartment. Fire officials have not released the victims' names, and said they won't be able to do so until relatives can be notified.

Inspectors may have to remain on the scene through Wednesday morning to try and find the cause of the fire.

Some neighbors mentioned hearing from investigators that a resident in the fire damaged home may have fallen asleep while smoking, but that account is unsubstantiated.

Firefighters told PIX11 News that Monday's fire was the latest and worst chapter in what's been a long year for them.

Last February, it took firefighters from 30 different nearby departments to help Hillsborough first responders put out a massive blaze that consumed a warehouse in this township of 38,000 residents. The warehouse covered about eight city blocks. Two firefighters were injured battling the fire.

Some of them told PIX11 News that ever since then, they've had to respond to one emergency after another. This latest emergency, though, while much smaller in size and difficulty to extinguish than the warehouse fire, is so much greater a loss, first responders and eyewitnesses said.

"It's shocking to see something so close," said Marta Schwartz, who lives in the building next door. She, like every other resident PIX11 encountered, did not know the newly-arrived family that perished.