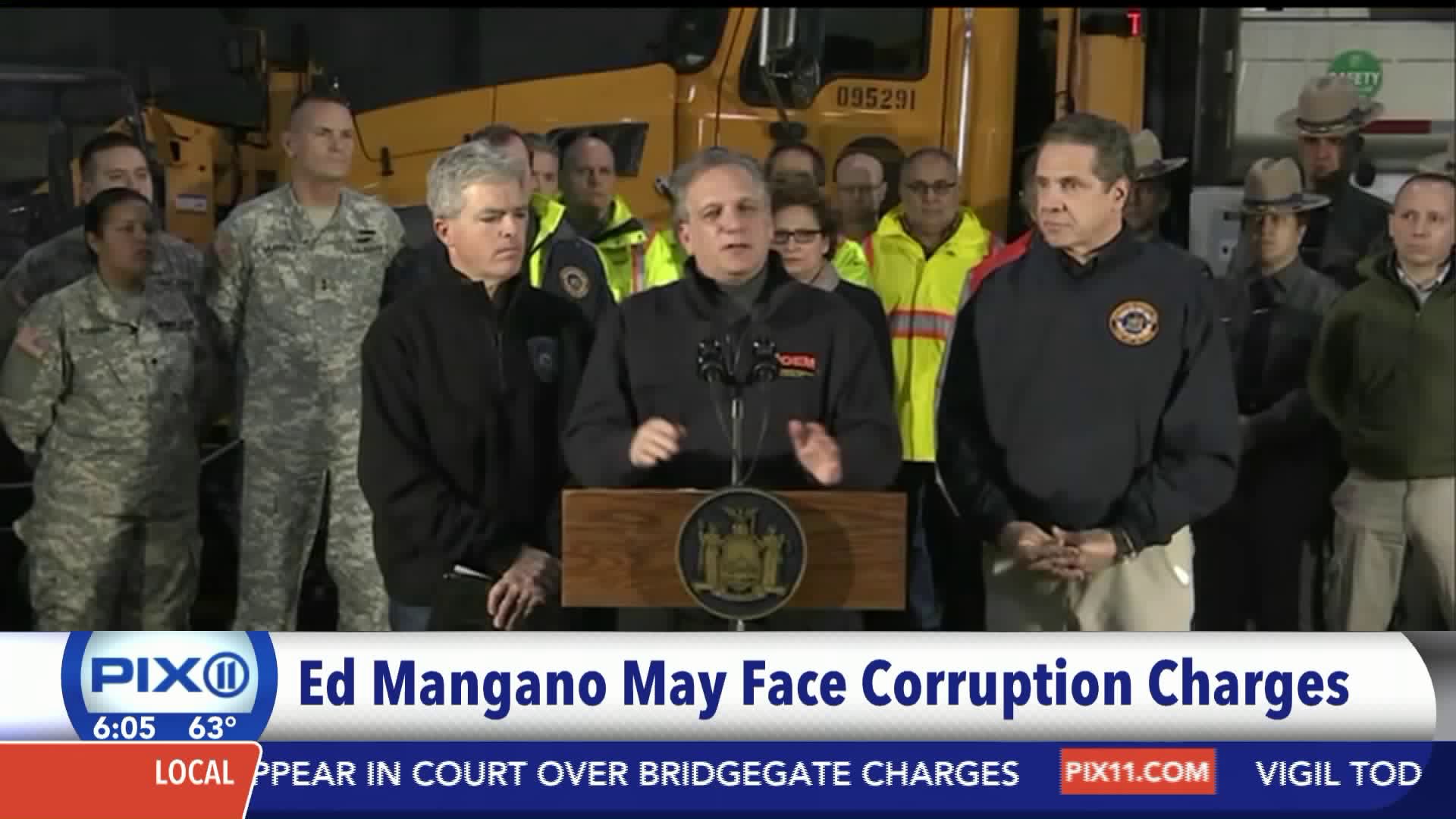 LONG ISLAND, N.Y. – Nassau County Executive Edward Mangano was seen leaving his house with his lawyer and wife Thursday morning as federal investigators are expected to charge him in an ongoing corruption probe.

"I'm going to have a press statement later today," Mangano told reporters outside his home. "I plan on having my own press conference. Let's see what they're saying and I'll be happy to respond. That's all I can say right now."

The details of a press conference later Thursday were not immediately announced.

The exact charges against Mangano were not immediately known, according to Newsday, but sources tell the newspaper his friendship with millionaire restaurant owner Harendra Singh is the issue in an ongoing corruption investigation.

Prosecutors are looking into whether Singh, who was indicted last year for bribery, received improper benefits in return for political contributions to Long Island politicians. Feds are also in negotiations with Singh in order to get avoid future indictment and get a lesser sentence.

Mango's spokesperson told Newsday he has done "nothing wrong" and the accusations are "preposterous."