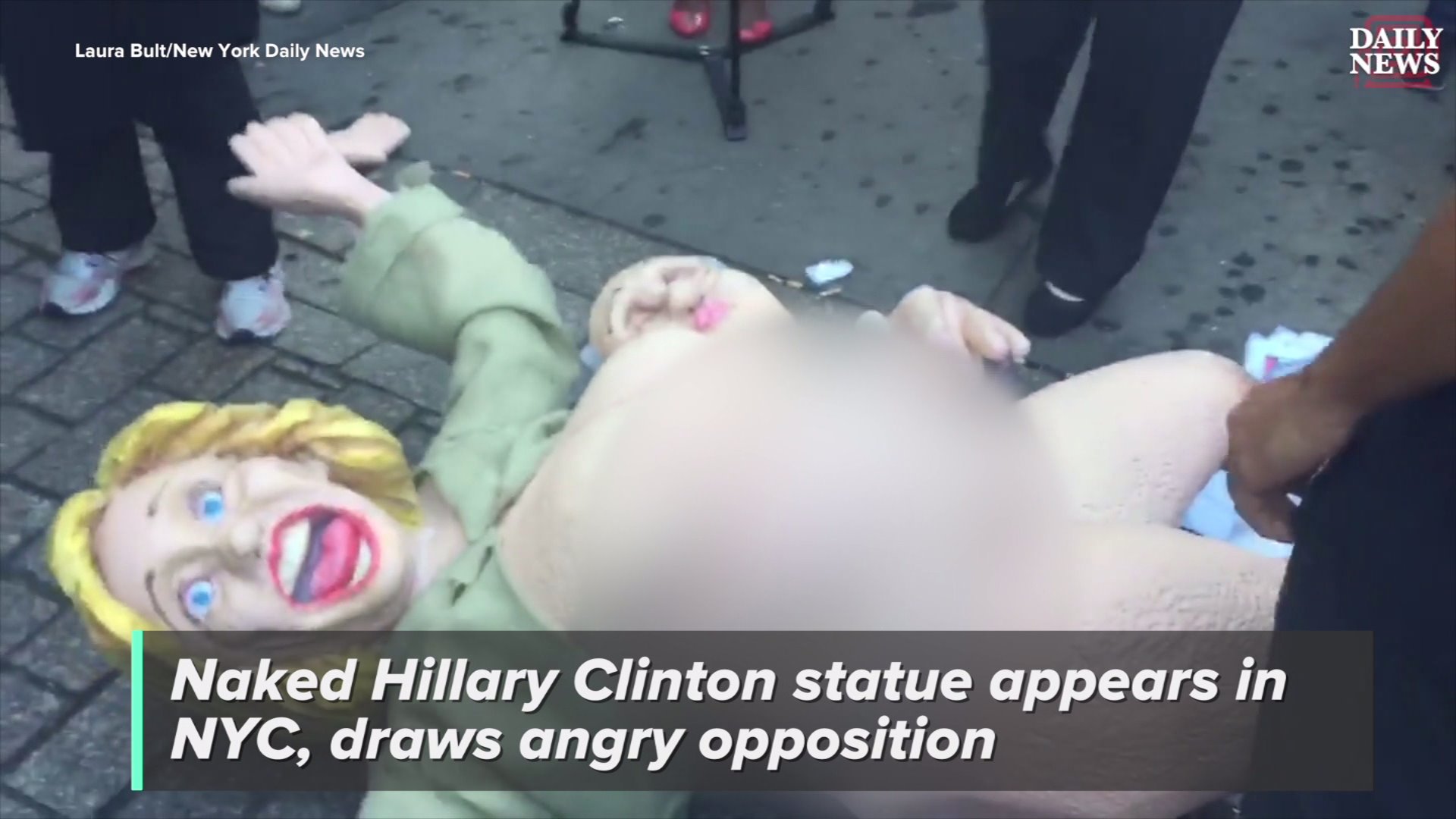 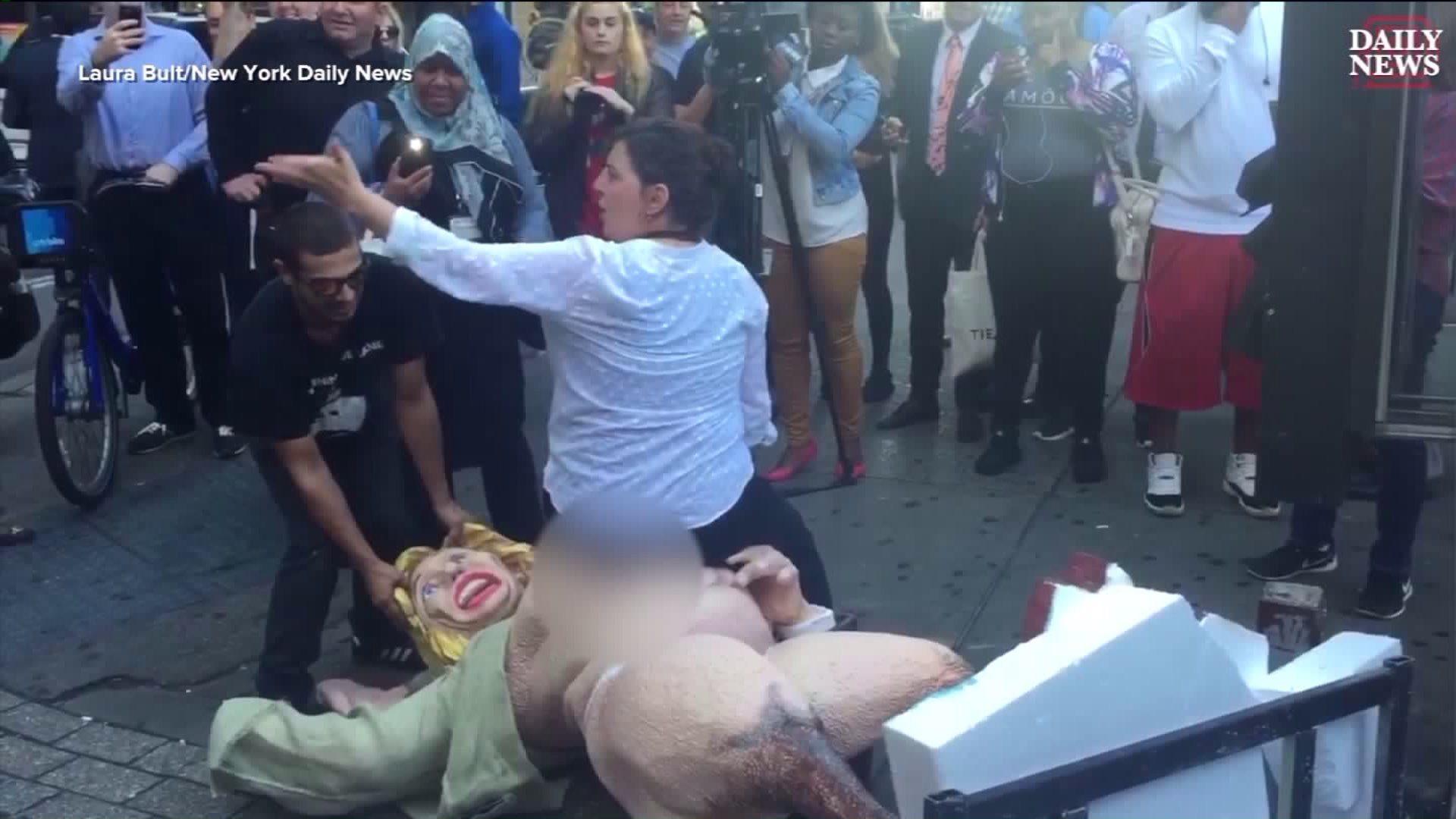 WARNING: An uncensored photo of the naked Hillary Clinton statue appears at the bottom of this article and is not safe for work.

FINANCIAL DISTRICT, Manhattan — A statue of a naked Hillary Clinton appeared in a crowded area of lower Manhattan during rush hour Tuesday morning, attracting a swarm of onlookers vying for a photo as well as angry opposition.

A video from the New York Daily News captured a heated confrontation as a large crowd looked on. A woman angered by the statue topples it over and tries to destroys it, then sits on it to prevent the artist — who the Daily News identified as 27-year-old Anthony Scioli — from saving his figure, the video shows.

No group has publicly taken responsibility for the statue, but a sign at its base credited for its creation "Mini Master and Boogie Night Production," according to the Daily News.

The Clinton statue was placed in a part of the Financial District often packed with tourists and commuters rushing to work — steps away from Wall Street's famous Charging Bull sculpture and the entrance to the Bowling Green subway station.

NYPD responded to the commotion caused by the statue at 8:30 a.m. Tuesday. But by the time officers arrived at the scene, the Clinton statue had been removed, police said.

The statue appeared exactly two months after sculptures of Donald Trump in the nude were erected in Union Square and other cities across the country. The group behind the five Trump statues, Indecline, was silent as of Tuesday afternoon.