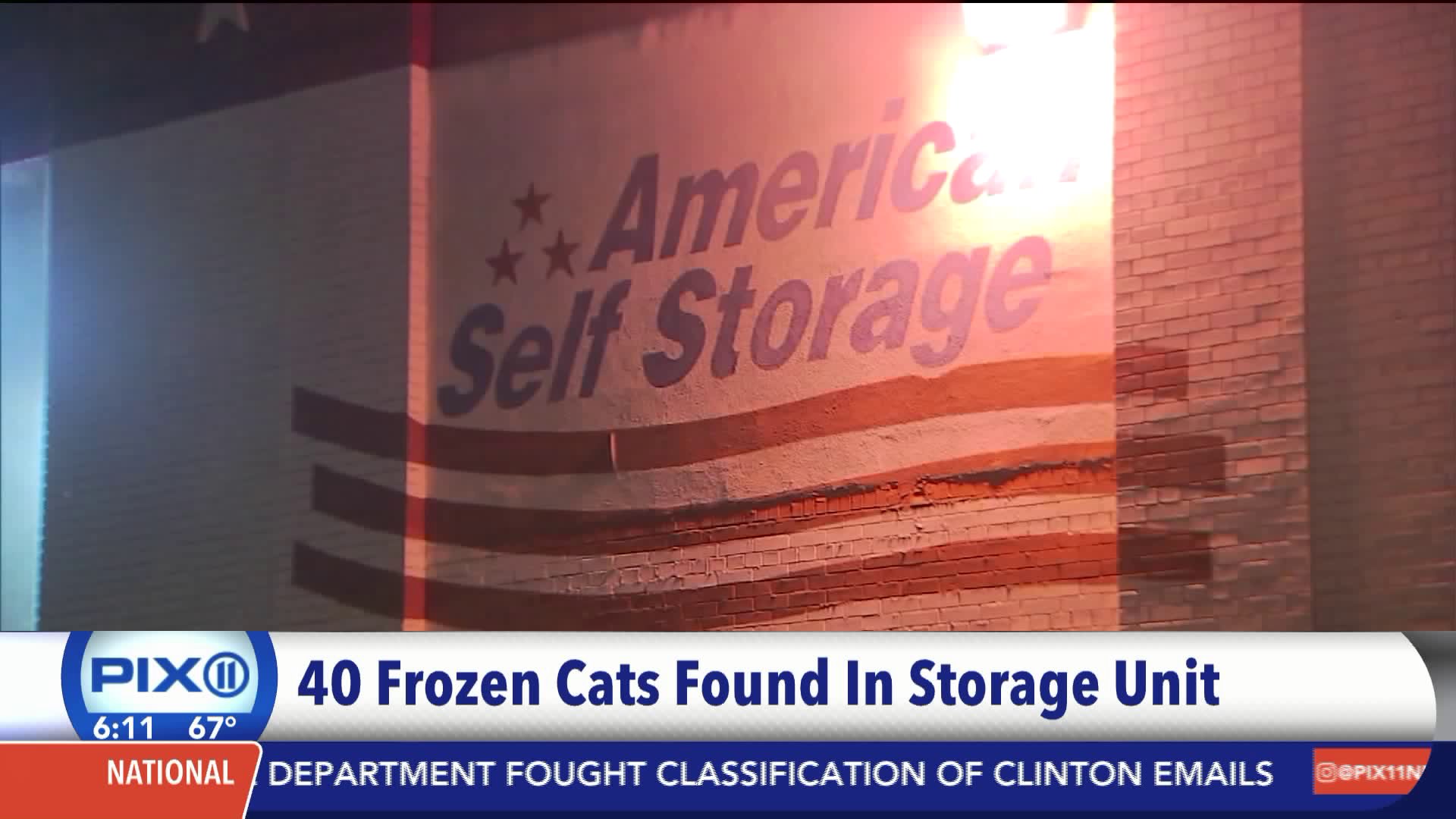 LONG ISLAND CITY, Queens - The winner of an auctioned storage facility made a grisly discovery when he came across the frozen bodies of dozens of cats inside his new prize Monday afternoon.

Police said a man found cats, dead and frozen, inside a storage facility he won in an auction on October 18, 2016. (Photo: PIX11)

Police were called to American Self Storage in Long Island City after a man said he found multiple dead cats inside a unit he had won.

Officers discovered at least 40 frozen corpses of cats inside, according to police, and the smell was so horrible, they had to leave and change clothes, the New York Post reported.

Cats corpses were found stacked in a freezer, and one was even skinned, left to rot on a tray, the source told the Post, which first reported the story.

Police said the unit belonged to a woman who recently stopped paying rent on it. She has not been taken into custody at this time.

NYPD Animal Cruelty Investigation Squad and the ASPCA are investigating.