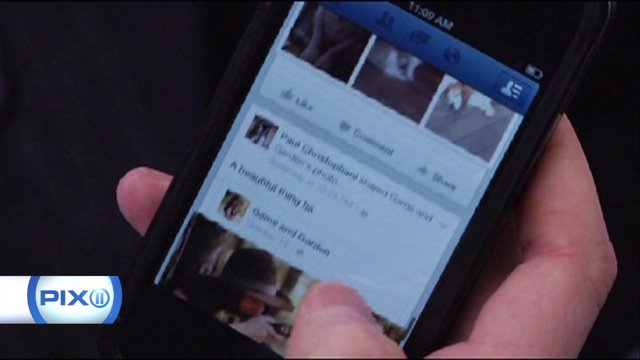 NEW YORK — A Facebook hoax telling users their posts will become public is once again circulating the internet.

Deadline tomorrow !!! Everything you've ever posted becomes public from tomorrow. Even messages that have been deleted or the photos not allowed. It costs nothing for a simple copy and paste, better safe than sorry. Channel 13 News talked about the change in Facebook's privacy policy. I do not give Facebook or any entities associated with Facebook permission to use my pictures, information, messages or posts, both past and future. With this statement, I give notice to Facebook it is strictly forbidden to disclose, copy, distribute, or take any other action against me based on this profile and/or its contents. The content of this profile is private and confidential information. The violation of privacy can be punished by law (UCC 1-308- 1 1 308-103 and the Rome Statute). NOTE: Facebook is now a public entity. All members must post a note like this. If you prefer, you can copy and paste this version. If you do not publish a statement at least once it will be tactically allowing the use of your photos, as well as the information contained in the profile status updates. DO NOT SHARE. just copy and paste .

This isn't the first time this hoax has gone viral on Facebook.

The hoaxes can be tracked back to November 2012. Facebook users shared the statuses so widely, the company had to issue a statement to quell the fire.

The rumors began circulating again in 2015, telling users to write their names saying they do not give Facebook permission to use their content. Facebook addressed the rumors once again, but this time with humor.

One user commented on Facebook's post addressing the rumor that the social media maven would begin charging users.