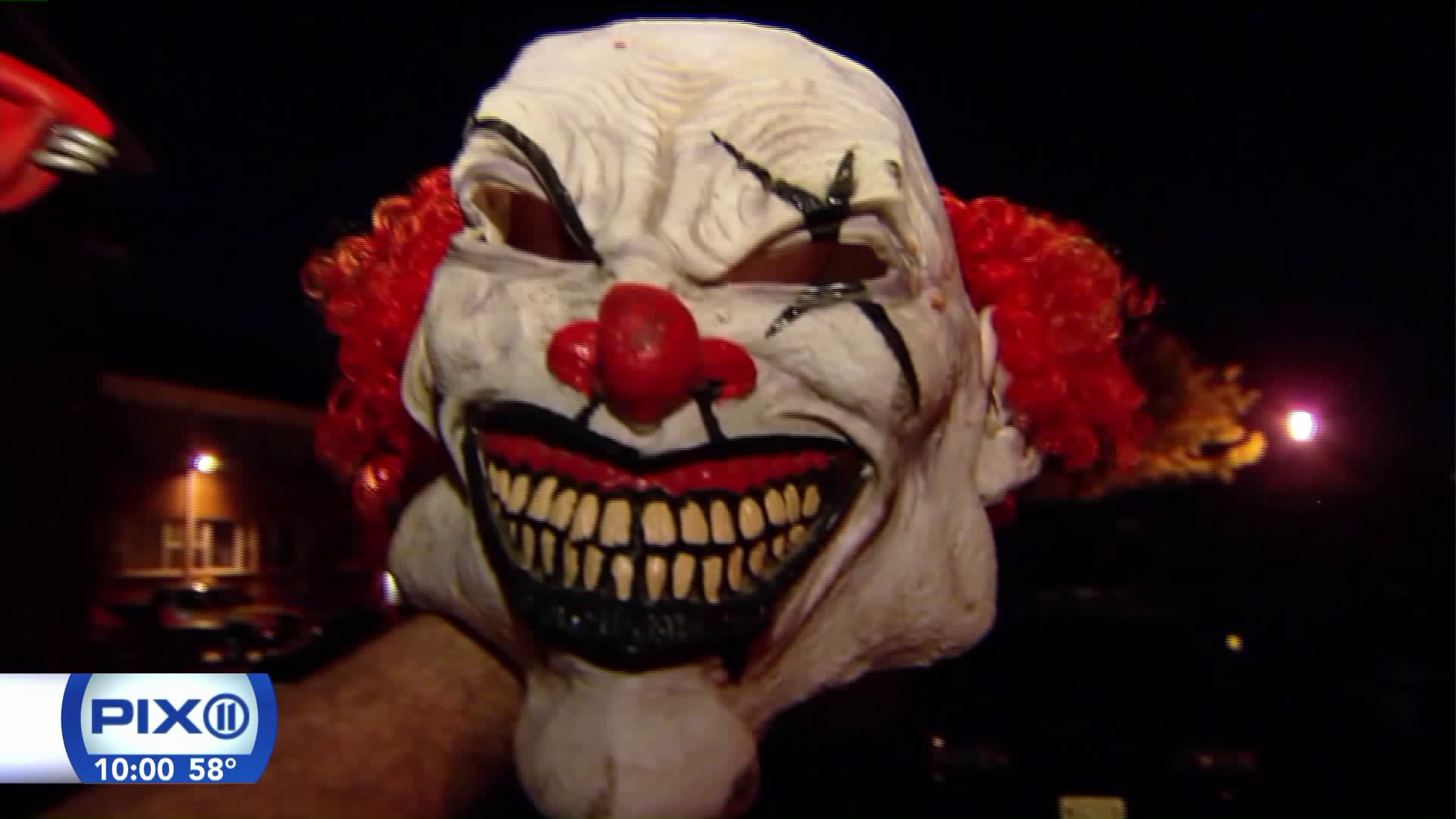 FAIR LAWN, N.J. -- Creepy clown sightings continue in the tri-state area this week when a car of people in frightening clown masks were reportedly terrorizing victims in another vehicle while driving in Fair Lawn, N.J. early Wednesday morning.

One of the suspects was charged after he was found to be in possession of a knife and marijuana.

The 24-year-old female victim, of Hawthorne, told police she and her 25-year-old passenger were driving along Route 23 around 1 a.m. Wednesday when a black Toyota Tundra pulled up next to them.

The occupants of the vehicle were wearing clown masks and hanging out the windows yelling at the victims. The victims told police they were forced to slam on their brakes.

"She said they were waving their hands at her," Sgt. Brian Metzler of Fair Lawn Police. "The victim didn't know if they had weapons. She called 911."

Fair Lawn Police say the Toyota continued to follow the victim’s vehicle from Route 23 to Route 287 north, then onto Route 208 south until P.O. Luis Vasquez located the Toyota in question and stopped them at Route 4 east in Paramus with assistance from Paramus Police and New Jersey State Police.

Connor Moreno, 18, of Lodi, was found to be in possession of a knife and marijuana. He was released after being charged with possession of a controlled dangerous substance.

The two passengers wearing the masks told police that they were only just waving their hands at the victims as they hung out of the vehicle.

This latest round of creepy clown threats originated in North Carolina this year, but they go as far back as 1981 and there have been creepy clown sightings in about 20 states so far.

Another sighting happened Wednesday night in Lakeview in Nassau County where a 14-year-old leaving Malverne High School was approached from behind by someone dressed in a purple clown costume with a white mask, red wig and holding a large kitchen knife.

The victim got away unharmed but now police are looking for this latest clown.

Police in Nassau County are still searching for their latest creepy clown.