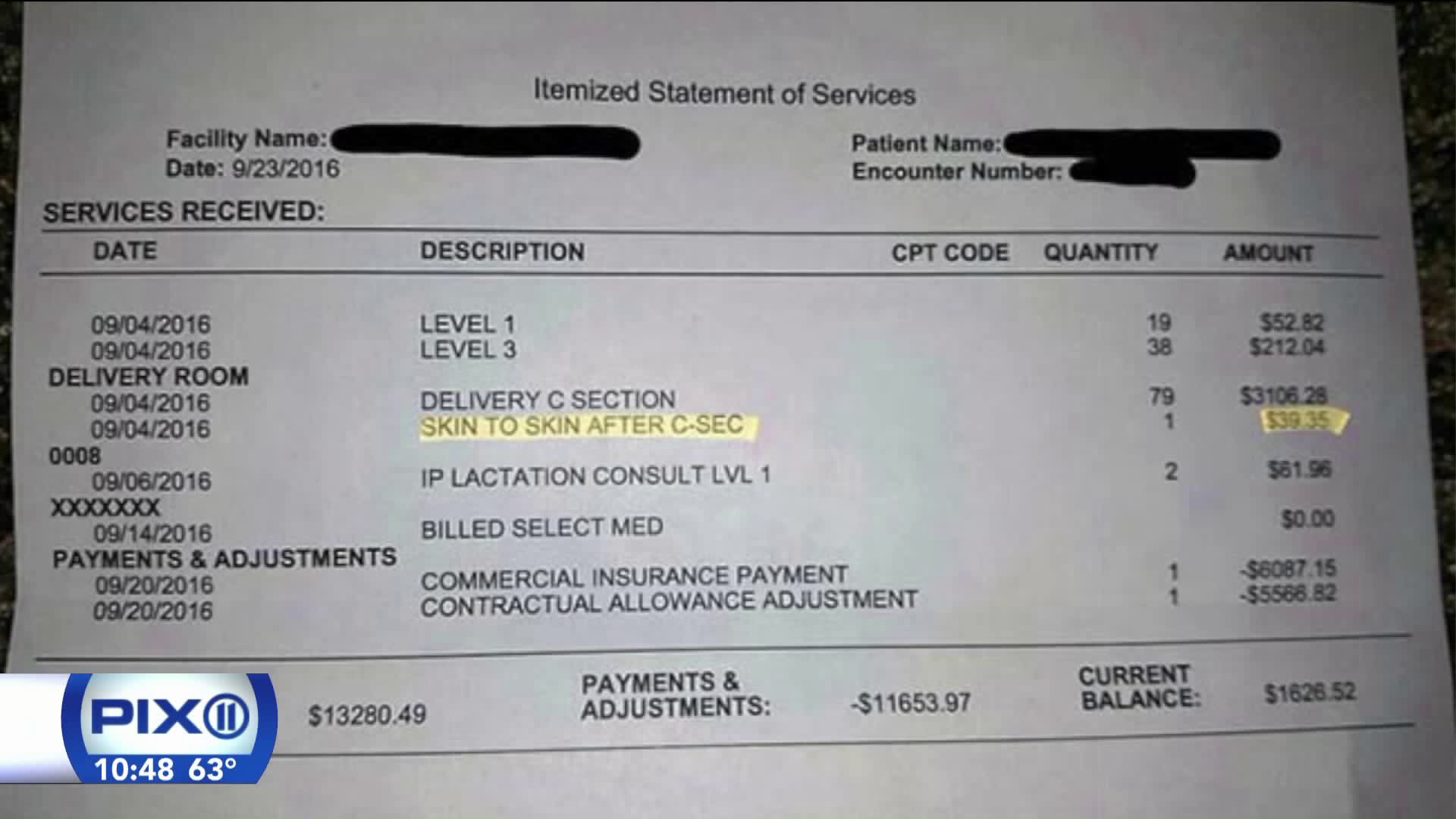 PROVO, Utah — A Utah father says he was charged to hold his newborn baby after his wife gave birth.

Lidia and Ryan Grassley were charged $39.35 for holding their son Samuel after he was born. (Photo courtesy of Ryan Grassley)

Ryan Grassley posted a photo of a bill from Utah Valley Hospital in Provo, Utah with the headline "I had to pay $39.35 to hold my baby after he was born," to Reddit Monday. As of Tuesday afternoon, the photo had been viewed more than 2.8 million times.

Grassley wrote on Reddit that the nurse let him hold baby Samuel on his wife Lidia's chest and neck. He said they had a positive experience at the hospital.

The father told PIX11 he thought the bill was "funny and a bit ridiculous" so he decided to share it on Reddit.

Grassley told PIX11 he even started a GoFundMe account to raise $39 to pay for the charge.

Many Reddit users expressed disgust at the bill, but one user, "FiftySixer," pointed out, "As a labor and delivery nurse, I can kind of explain this. I didn't know that hospitals charged for it, but doing 'skin to skin' in the operating room requires an additional staff member to be present just to watch the baby. We used to take all babies to the nursery once the NICU team made sure everything was okay. 'Skin to skin' in the OR is a relatively new thing and requires a second Labor and Delivery RN to come in to the OR and make sure the baby is safe."

Janet Frank, a spokeswoman for Utah Valley Hospital issued a statement to PIX11 regarding the charge:

"In general, Utah Valley Hospital is an advocate for skin-to-skin contact between a mother and newborn directly after birth. Skin-to-skin is a best practice with proven benefits for both mom and baby. We do everything possible to allow skin-to-skin after both vaginal and c-section births. In the case of a c-section, where the bedside caregiver is occupied caring for the mother during surgery, an additional nurse is brought into the OR to allow the infant to remain in the OR suite with the mother. This is to ensure both patients remain safe. There is an additional charge associated with bringing an extra caregiver into the OR. The charge is not for holding the baby, but for the additional caregiver needed to maintain the highest levels of patient safety."