Dozens of Jamaica businesses, residents evacuated due to gas leak; cause still unknown 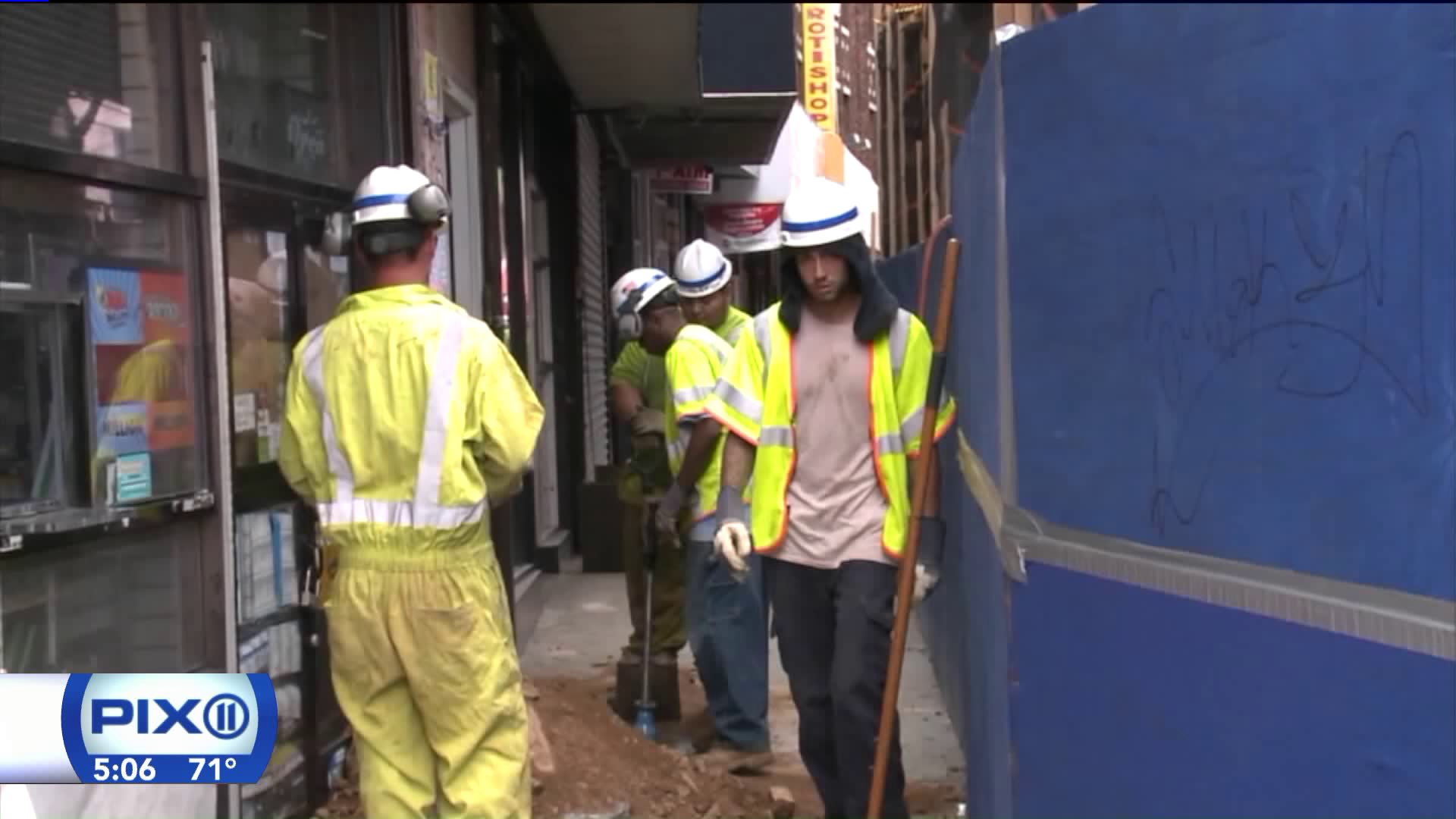 SOUTH OZONE PARK, Queens — As many as 20 businesses in Queens, along with dozens of residents, were apparently evacuated Monday due to a possible gas leak.

The area of 118-6 Liberty Ave. in Queens is pictured. (Google Maps)

FDNY responded to reports of a gas leak, leading to the evacuation of buildings near 118-6 Liberty Ave., fire officials confirmed shortly before noon. It was unclear when the problems began.

By 1 p.m., the area was reopened to traffic and residents and businesses were allowed to return. Authorities said the source of the gas leak was found and fixed.

Resident Breanna Moonasar said she was awoken by a loud knock on the door and the order to "evacuate right now."

Building evacuations appeared to include 15 to 20 businesses, along with dozens of residents.

A construction crew first noticed the smell of gas and called for help.

Officials with National Grid, the natural gas and electric company, along with other emergency officials and utilities, are investigating.

Additional details from the National Grid were not immediately available.

About 40 Con Edison customers were without electricity as crews worked to ventilate gas, a utility spokeswoman said.