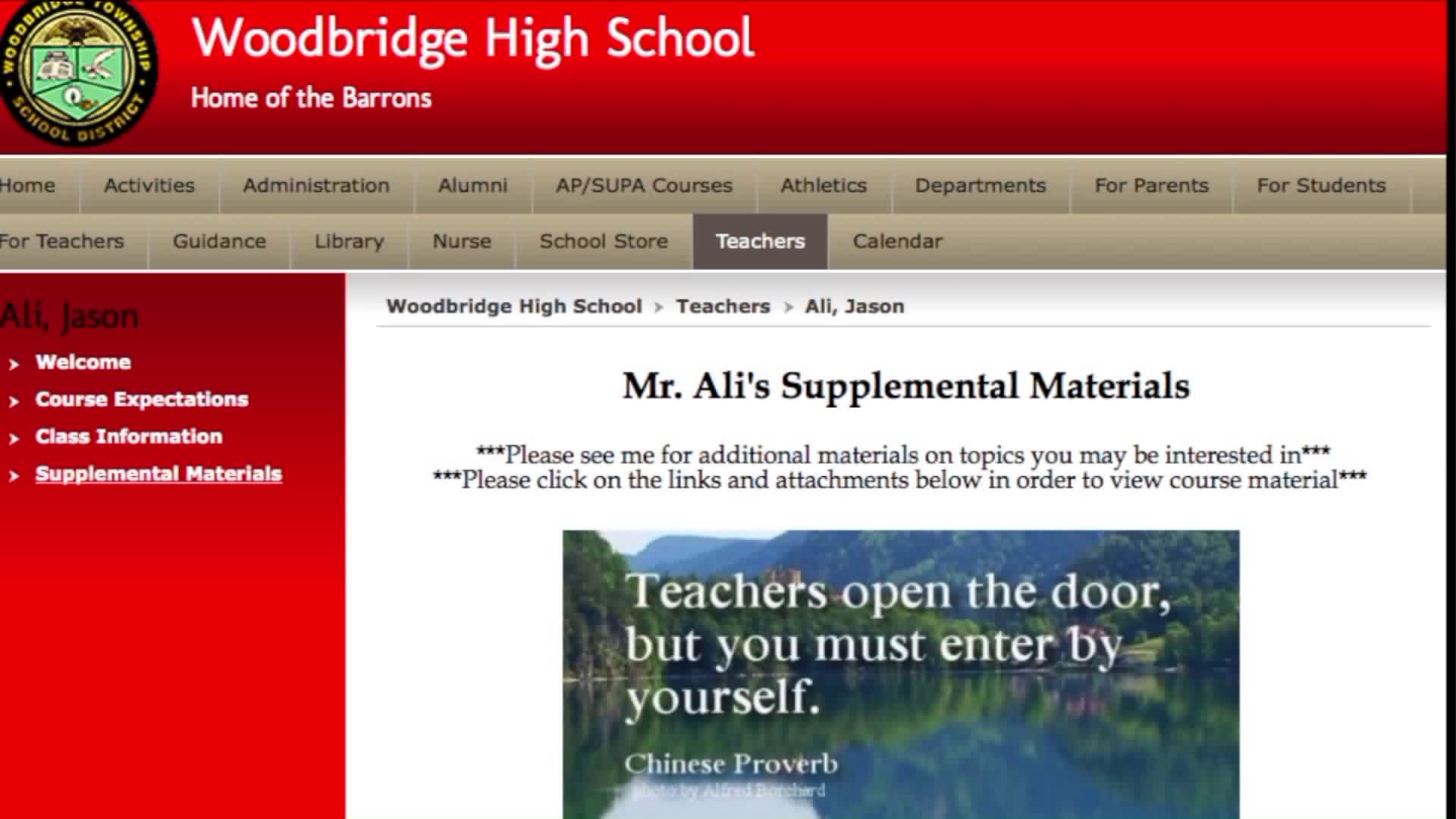 WOODBRIDGE, N.J. — A history instructor at Woodbridge High School in New Jersey was removed from the classroom Wednesday afternoon after PIX11 News began asking school and district officials about links on the history teacher's page on the school's website.

While the teacher, Jason Ali, appears to be a fan of George Washington and is inspired by historical quotes such as, "To communicate the truths of history is an act of hope for the future." There were handful of controversial dead links posted on his "Supplemental Materials" page on the school's site.

Those dead links had PIX11 News asking questions, because when cut and pasted into a new search directory the links takes users, including high school students, to a page for "The Middle East Research Institute." The page not only has anti-Semitic headlines and articles, but also a main headline from the Saudi Daily that reads the "U.S. Planned, Carried Out 9/11 Attacks."

Robert Zega, Superintendent of Woodbridge, New Jersey schools offered up the following statement to PIX 11 News minutes after becoming aware of the links, "It's upsetting... that somebody would do this. It's upsetting that somebody would, especially a teacher, would distribute this message." Zega then added, "It is is absolutely not something that the district agrees with in anyway"

Dr. Zega's response to a teacher claiming to be a fan of "the truths of history" to the controversial links posted by Ali, "We took swift action and the links are coming down as we speak and if.. if... the investigation proves out then the teacher will be disciplined severely."

When asked if Mr. Ali will be teaching tomorrow? Zega simply said, "No."