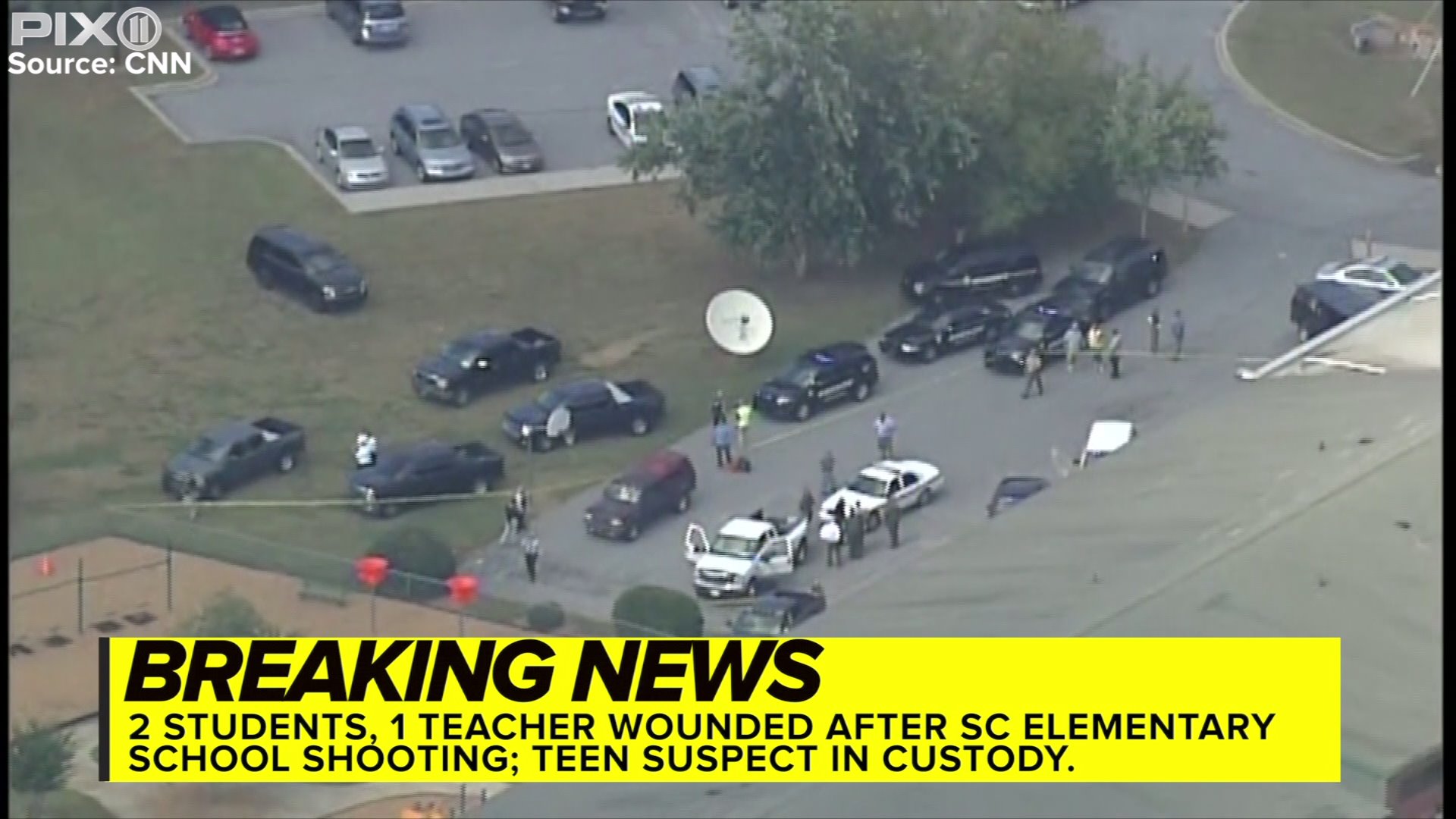 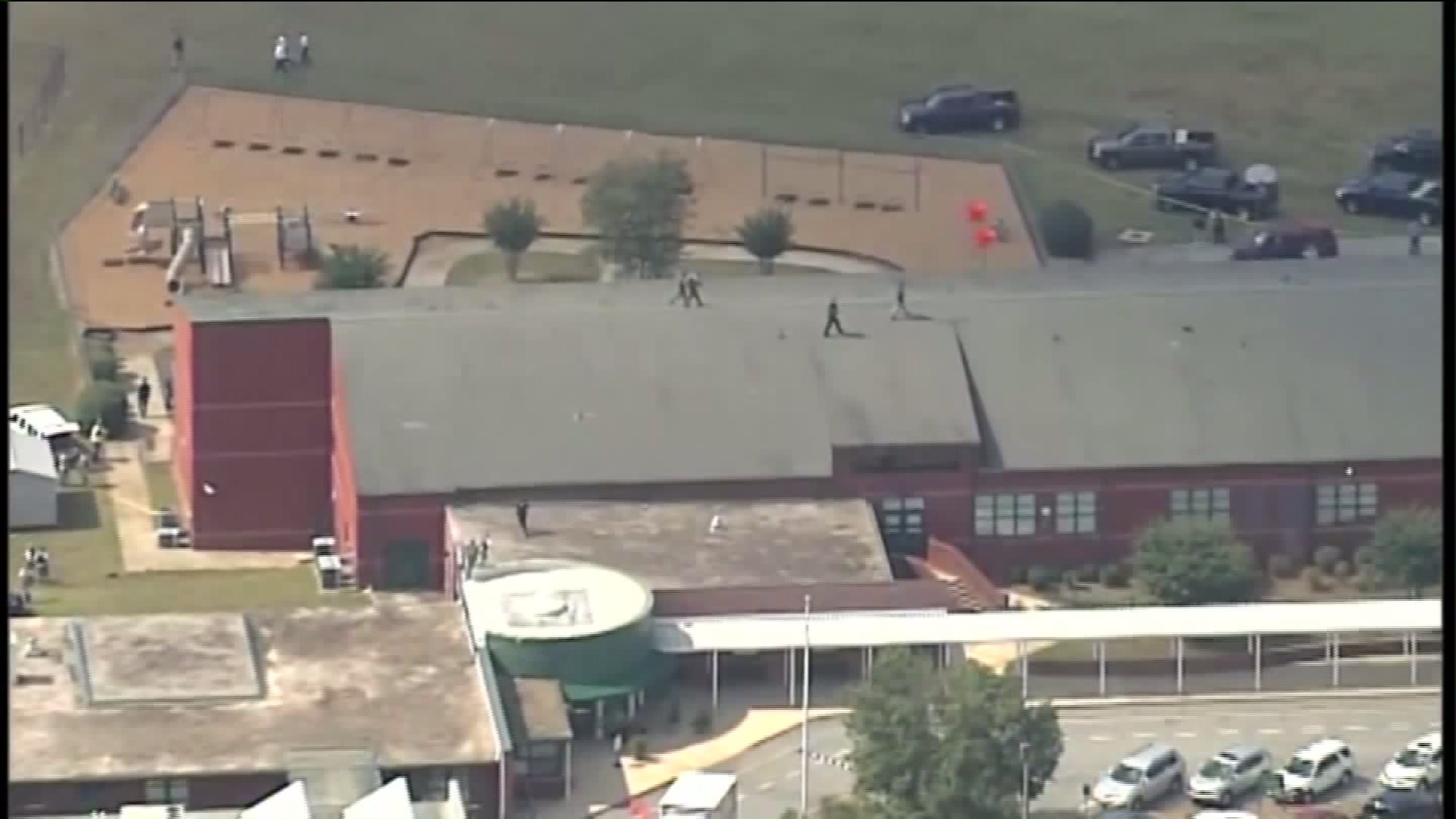 TOWNVILLE, S.C. — Two children and a teacher were shot in an elementary school in South Carolina Wednesday afternoon.

The suspected shooter, who is a teenager, is in custody.

The father of the suspected shooter was found dead of a gunshot wound, Anderson County Coroner Greg Shore told reporters. Shore identified the man as Jeffrey Osborne, 47. The house is about 2 miles from the school.

Police responded to a call of an active shooter at Townville Elementary School around 1:44 p.m., where three people were shot.

Capt. Garland Major of the Anderson County Sheriff's Office said one student was hit in the leg and another was struck in the foot.

Coroner Greg Shore told reporters the injuries to the two students do not appear to be life-threatening.

A teacher was wounded in the shoulder.

The mother of a student at Townville Elementary School told CNN Greenville affiliate WYFF that her daughter and classmates huddled in a bathroom.

"Her teacher was shaken up. I know all the kids were scared. There was a bunch of kids crying," the unidentified woman said. "She didn't talk for about five minutes when I got her. ... I'm just so scared. I don't even want her to go to school now."

A teenage suspect is in custody according to Sheila Cole, spokeswoman for the Anderson County Sheriff's Office. Major said the victims were struck by bullets from a hand gun.

A SWAT team was mobilized and deemed the school safe by 3 p.m. There are not believed to be any other shooters. Emergency crews also shut down the portion of an area highway as they investigated.

The students have been evacuated to a nearby church, according to an officer from the Sheriff's department.

Townville is in the extreme western part of the state near the Georgia line.

The town has a population of approximately 194,692.

The elementary school has about 280 students. There are 30 school employees listed on their website.

Joanne Avery, superintendent of Anderson County School District 4 told reporters that employees at the school had participated in active-shooter training. That training, Avery says, kept the incident from being much worse.

School will remain closed for the rest of the week.

This is a developing story. Please check back for updated information.