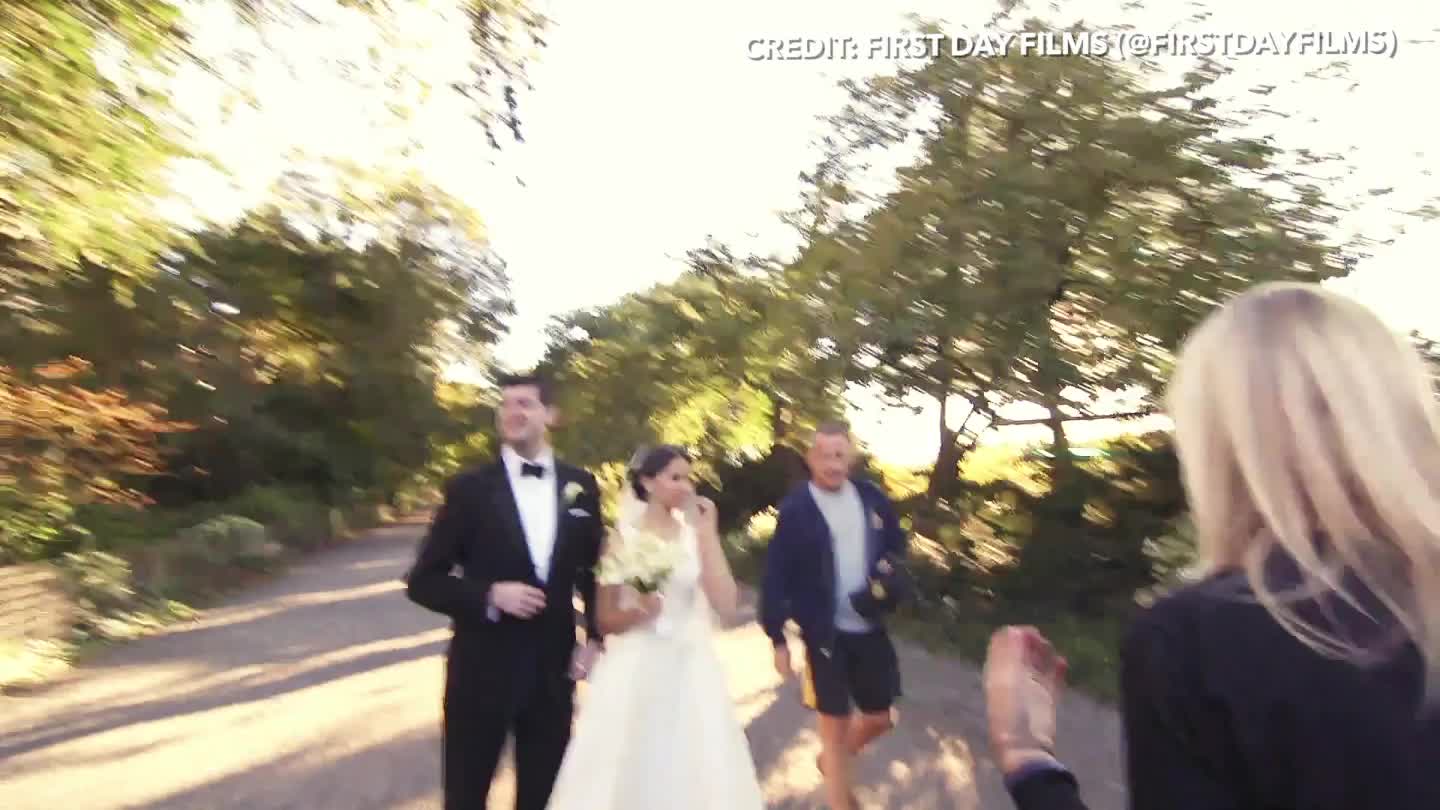 NEW YORK – Tom Hanks made a couple's wedding photo shoot even more special when he broke free from his jog through Central Park and took a moment to congratulate the lovebirds.

The "Sully" actor shook their hands, kissed the bride before posing for pictures with them. The encounter was captured on video and pictures, including on Hanks' Instagram account.

While the Academy Award winner respectfully declined an invite to the wedding, he offered to marry them if their minister bailed.

"I am an ordained minister, if the guy cancels just let me know," Hanks joked.

He later posted the selfie of the couple and him and wished them many blessings.

"Yesterday's wedding was so beautiful! Elisabeth and Ryan you planned one amazing celebration," Miller wrote. "The icing on the cake was @tomhanks stopping in Central Park to wish them congratulations."