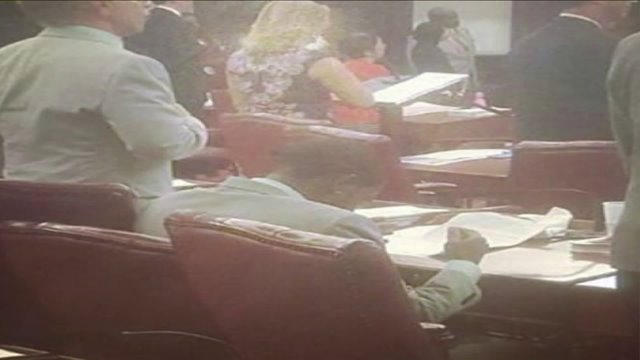 BOROUGH HALL, Brooklyn -- Brooklyn council member Jumaane D. Williams said Wednesday he is protesting the Pledge of Allegiance "in solidarity with Colin Kaepernick," the NFL quarterback who has famously declined to stand for the national anthem.

In explaining his decision to sit down during the pledge, Williams cited the increased earnings of the New York police officer who placed Eric Garner in a fatal chokehold in 2014 .

"This type of non-violent protest is not disrespectful as some have suggested," Williams said in a statement. "(Kaepernick) deserves support, not criticism for his actions. What does it say about our country when there is a national outrage over an athlete sitting out the national anthem, but the same outrage isn't expressed when a young black man is killed for no reason?"

Williams added that he has engaged in a "personal protest" with the pledge and at times "The Star-Spangled Banner," saying he stands out of respect but does not recite the words.

In his statement, Williams mentioned the increased earnings of Daniel Pantaleo, a white police officer who was not prosecuted in Garner's death. The incident touched off protests in several US cities, and, along with the shootings of other unarmed black men by white police officers, sparked a nationwide discussion about police brutality.

Williams said Pantaleo was "rewarded with an increase in pay." Records show Pantaleo earned $119,996, including overtime, in fiscal year 2016, according to SeeThroughNY, a website that uses government data to provide salaries. In 2015, Pantaleo earned a total of $105,061.

Asked for comment, the NYPD said: "The chief of department has ordered a review of the overtime practices for officers who are currently on modified assignment. When the review is complete, the department will implement any necessary changes."

Kaepernick has refused to stand for the playing of "The Star-Spangled Banner" before San Francisco 49ers games, protesting police violence against African-Americans.

His protests have spurred outrage in certain quarters, with some, including Republican presidential nominee Donald Trump, calling for him to leave the country.