Officer who put Eric Garner in fatal chokehold made $120,000 with overtime last year 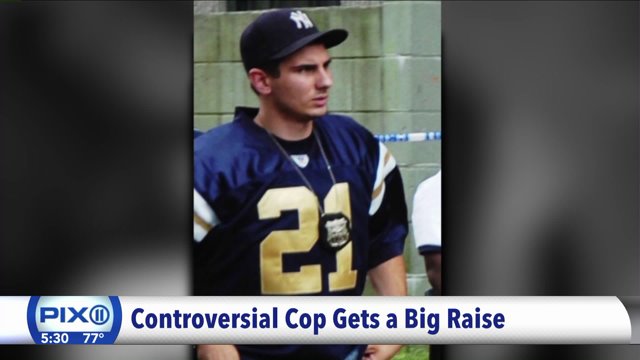 STATEN ISLAND — The NYPD officer who put Eric Garner in a chokehold while arresting him in 2014, leading to Garner's death at age 43, earned about $120,000 with overtime last year, records show.

Daniel Pantaleo was stripped of his badge and gun and placed on desk duty after putting Garner in a chokehold, ignoring Garner's repeated pleas that he could not breathe. The incident, which was caught on camera, sparked outrage nationwide and spurred days of protests in the five boroughs and beyond.

Pantaleo was not indicted in the case.

Garner's sister Elisha Garner said Pantaleo's pay, which has grown in accordance with his contract, is a slap in the face to her family.

"I feel like he's being rewarded for killing someone," she told PIX11 News.

A former NYPD lieutenant said all that overtime may be due to the fact that the NYPD is short staffed. Pantaleo has been working in Staten Island.

"Pantaleo had his due process and he is probably doing the job of two people while on duty," former NYPD Lt. Dr. Darrin Porcher said. "He is entitled to his pay increases under a contract with the city.

Still, Porcher said he understands the concern the community has as well.

In a statement, a spokesperson for the NYPD said: "At times officers are required to work beyond their schedule tour of duty, this includes officers on modified assignment."

The Garner family is expected to hold a rally Wednesday morning to continue their call for the city to release the officer's disciplinary record.