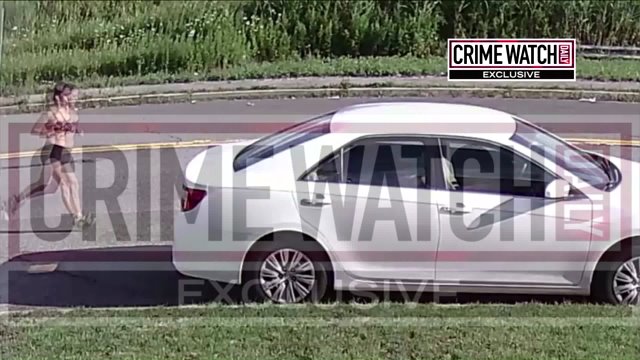 A video camera near Spring Creek Park in Howard Beach caught sight of Vetrano at 5:46 p.m. Aug. 2, just moments before authorities believe she was viciously attacked and five hours before her body was found in the park.

The 30-year-old woman was beaten severely, sexually assaulted and killed during a solo jog — an expedition she typically made with her father, Phil Vetrano, who sat out that day due to back pain.

Her father, along with a search party, discovered his daughter's body hours after she left for the run.

Katina Vetrano's parents have been vocal about their frustration that their daughter's killer remains on the loose.

Police released a sketch on Aug. 31 of a person they "need to talk to" in the killing of Karina Vetrano. (NYPD)

Two weeks ago, police released a sketch of a person they "need to talk to" in their search for Vetrano's killer.

Police did not identify him as a suspect or person of interest, but sought the individual because a utility worker saw him near the pathway to the Belt Parkway on the north end of Spring Creek Park the afternoon Vetrano was killed.

A DNA profile based on DNA that was captured on Vetrano's phone, neck and other body parts was also made.

The DNA has been compared to both state and national DNA databases, but NYPD Chief of Detectives Robert Boyce said there have been no matches.

In the continuing search for her killer, the Vetrano family has raised $272,193 of the now $400,000 GoFundMe reward for any information that will help police further their investigation.

"Crime Watch Daily" airs nationwide on stations owned by Tribune Broadcasting — the parent company of PIX11. The pair, along with other Tribune-operated news programs, are partners. The show airs weekdays at 1 p.m. on PIX11.

An image obtained by "Crime Watch Daily" shows Karina Vetrano jogging before her death on Aug. 2 in Howard Beach.