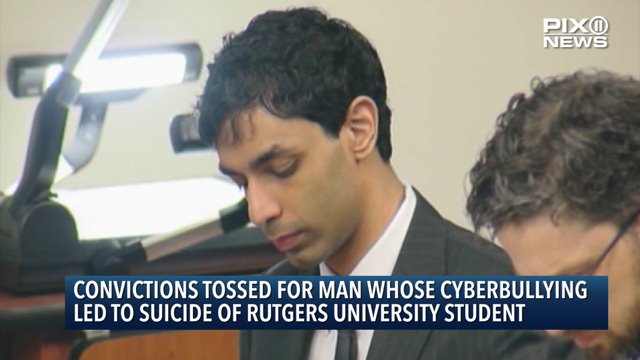 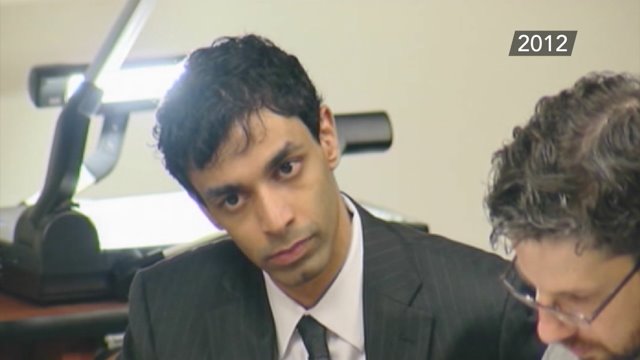 NEWARK, N.J. — A New Jersey appeals court has thrown out the 15-count conviction of a former Rutgers University student whose roommate killed himself after being captured on a webcam kissing another man.

The court tossed several bias intimidation counts against Dharun Ravi because of a change in state law. It ordered a new trial on the other counts and said the bias evidence tainted the jury's verdict.

The death of 18-year-old Tyler Clementi in 2010 started a national conversation about the treatment of young gay people. Clementi jumped off the George Washington Bridge six years ago after Ravi, who was Clementi's roommate, and other students spied on Clementi.

Ravi was found guilty on all 15 counts in May 2012. He faced up to 10 years in prison, but he was sentenced to only probation plus 30 days in county jail. Ravi was also ordered to complete 300 hours of community service, attend counseling on cyber-bullying and pay an assessment of $10,000 to an organization dedicated to helping victims os bias crimes.

Prosecutors had argued the sentencing judge overstepped his authority by imposing a sentence that was too lenient.

His lawyers asked the court to throw out Ravi's conviction and erase it from his record in February.

"Defendant was not charged with causing or contributing to T.C.'s death. However, the social environment that transformed a private act of sexual intimacy into a grotesque voyeuristic spectacle must be unequivocally condemned in the strongest possible way," Judge Jose Fuentes wrote in his Friday decision. "All of the young men and women who had any association with this tragedy must pause to reflect and assess whether this experience has cast an indelible moral shadow on their character."