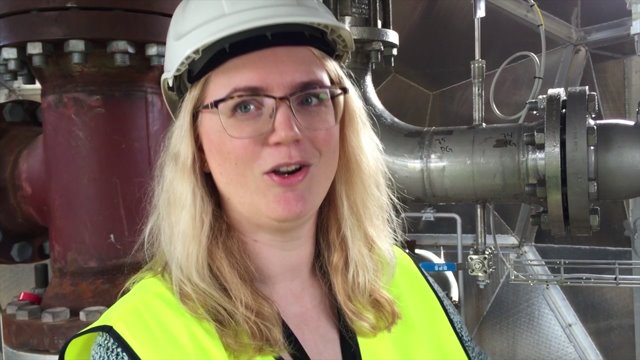 It has been a record-hot summer worldwide, a fact that inevitably leads to questions about climate change.

Most scientists say a general increase in greenhouse gases in the atmosphere is the cause, and the most abundant of those gases is carbon dioxide, or CO2. Now, some New Yorkers have helped to develop an innovative way to capture CO2 and turn it into stone.

The researchers thought that when the water reached the rock deep underground, the CO2 in the water would become a chalky substance that eventually becomes rock. They didn't know for sure, though.

"Columbia is an expert in that field," said Columbia hydrologist Martin Stute, PhD. "That's how we got involved."

The researchers from Columbia University created a system of deep wells in Iceland that could monitor if the CO2 had turned to stone.

"In the end," Stute said, "the pumps we used to pump the water out of the monitoring well stopped running because they were completely clogged with these minerals that had formed."

It was a conversion from a polluting gas into rock, in less than two and a half years.

The process has other benefits, as well.

In other words, she said, after the CO2 that's dissolved in the water turns into rock, the water that's left over has a "lower metal content," Aradottir said. "So you could also use the method for purifying water, if you wanted to do that."

Aradottir is the chief engineer for Reykjavik Energy, which oversaw the carbon-to-rock conversion project, called Carbfix. She said that there was one additional plus to the process, which she and the other partners in the project say can be done just about anywhere where water is plentiful and basalt rock is nearby, such as on any seacoast. Most of the ocean floor is basalt.

"I should mention the method is not patented," Aradottir added. "Anyone can use it."

She and her fellow researchers have found that the process is beneficial all around. However, her counterpart in New York warned, "some people have said this solves climate change. Well, it's not," said Stute, the Columbia University hydrologist. "We need to do a lot more."

He said reducing the use of fossil fuels and increasing the use of renewable energy, such as solar and wind power, are vital to reducing greenhouse gases.