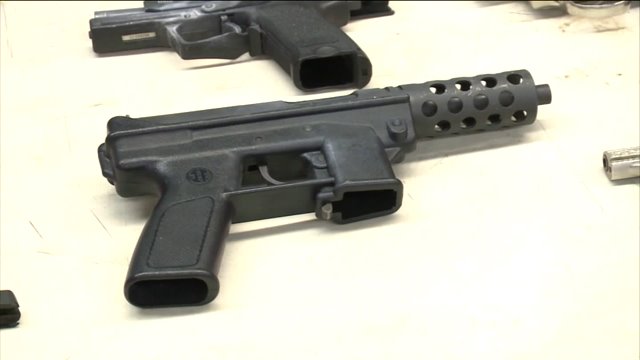 Thirty-four people were arrested and 10 guns and drugs were recovered in an investigation aimed to keep the upcoming J’Ouvert festival safe. (Nicole Johnson/PIX11 News)

CROWN HEIGHTS, Brooklyn — NYPD arrested 34 people along the J'Ouvert parade route in an effort to prevent another deadly celebration this year, a source said Friday.

Police also recovered 10 guns and three pounds of marijuana, cocaine and heroin along where the parade will pass by in Brooklyn, a police source said. The event starts Sunday night into Monday around 2 a.m.

Police confirmed in a press conference that the arrests were part of an operation to keep the upcoming J'Ouvert celebration safe.

The city announced earlier that it will double the amount of officers patrolling the event celebrating Caribbean culture after Carey Gabay, a top aide to Gov. Cuomo, was fatally shot last year while passing by the celebration.

Another man was also stabbed to death at Grand Army Plaza the same day.

Flyers have been circulating in the surrounding neighborhoods telling people not to shoot or stab anyone during J'Ouvert. The city has said it will not tolerate any violence during a celebration that leads up to the West Indian Day  Parade.

But the messages have left some skeptical. An internet blog called "Thee Rant" mocked the security at J'Ouvert festival and asked people to "place your bets gentlemen, the mayhem is about to start."