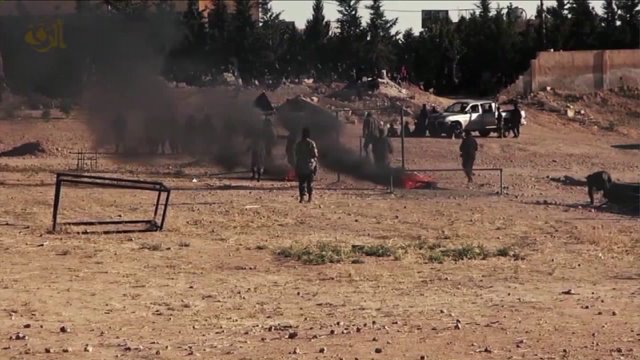 BEIRUT — ISIS spokesman Abu Muhammed al-Adnani has been killed in northern Syria, according to a statement from the group Tuesday.

The Islamic State-run Aamaq news agency said Tuesday that al-Adnani was "martyred while surveying the operations to repel the military campaigns against Aleppo," without providing further details.

Al-Adnani's death marks the highest-profile killing in ISIS. It is unprecedented for the group to make such an announcement, although they haven't revealed the cause of death.

ISIS has released several audio files online in which al-Adnani, a senior leader in the group, delivers fiery sermons urging followers to carry out attacks.

Representatives of the US-led coaltion against ISIS have not commented on the reported death of al-Adnani.

In January, al-Adnani was reported injured in a coalition airstrike.

The extremist group has suffered a string of defeats in recent weeks, including in Syria's northern Aleppo province, where Turkish troops and allied Syrian rebels drove ISIS out of the border town of Jarablus last week.