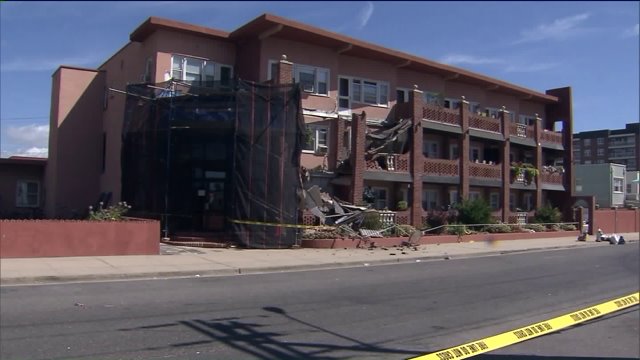 LONG BEACH, N.Y. — No one was hurt when multiple balconies collapsed at a three-story apartment building on Long Island Tuesday morning, Newsday reports.

It happened about 8 a.m. at the building on Shore Road between Long Beach and Monroe boulevards, the outlet reports.

All residents are "safe" and "accounted for," according to fire officials, but the building is "uninhabitable" until engineers can assess the full extent of the damage.

Tuccillo said a construction company was getting ready to set up scaffolding when bricks started to fall off at least six terraces, Newsday reports. They had planned to perform brick repair and pointing work on the building, which was erected in the 1960s and houses about 40 units.

The cause of the collapse is not yet known.