EXCLUSIVE: Man returns to White Plains where he was wrongfully convicted to help exonerate others as a lawyer 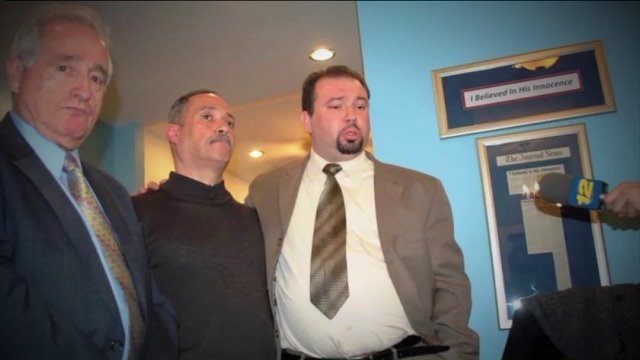 WHITE PLAINS, N.Y. — He was convicted of murder and rape in a high profile case, then was released from prison 16 years later in an even higher profile exoneration.

Now, Jeffrey Deskovic, who's become an advocate for other wrongfully convicted suspects, is taking a significant new step in what he calls a quest for justice.

He's about to start law school in the same place where he was both wrongfully convicted and released.

Deskovic, 43, was a Peekskill High School student when fellow student Angela Correa was found raped, beaten and strangled in 1989.

Through a false confession, Deskovic was convicted of murder and sex crimes, and sentenced to 15 years-to-life in prison in 1990. It took 16 years and DNA evidence to prove that another man, Steven Cunningham, had committed the brutal crimes, and for Deskovic to walk out of court in White Plains a free man.

He was back in White Plains on Friday for another milestone.

"I remember my not so pleasant moments here," Deskovic said in an interview, "and my exoneration, but I also feel like a symbol of justice."

A big manifestation of that is what Deskovic is set to do on Monday just nine blocks -- and what seems like an eternity -- away from where he was convicted, and later released.

"I'm kind of coming full circle," he said. "Because of its geographical proximity, this school has a sentimental value to me."

The school is Pace University's Elisabeth Haub School of Law, where Deskovic will be enrolled as a student for the next three years, with a sharp eye on the goal of becoming a practicing lawyer himself, who helps win exonerations for other wrongfully convicted suspects.

"I want to sit at the defense table and make the arguments myself," Deskovic told PIX11 News.

Since his prison release ten years ago, Deskovic has won a number of judgements and settlements as compensation for spending all that time behind bars for somebody else's crimes.

With his proceeds, he started a foundation that supports dozens of other exonerees. The Jeffrey Deskovic Foundation has also gotten two wrongfully convicted inmates sentences overturned.

Still, Deskovic says that as an attorney, he can accomplish even more in the courtroom, and out.

"I don't sugarcoat things," he told PIX11 News, regarding the courtroom manner he intends to develop. "I don't pull punches."