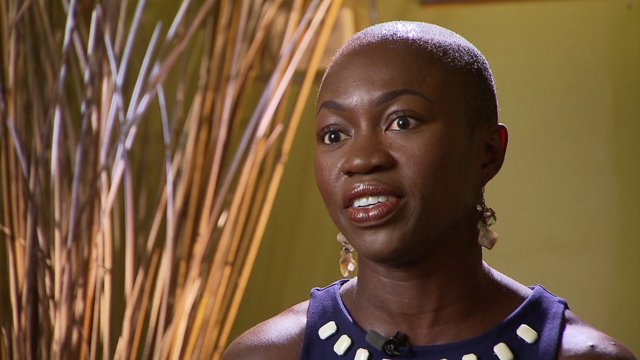 IRVINGTON, N.J. — When the owner of this IHOP in Irvington says finish all of your food because there are starving people in Africa, Adenah Bayoh knows first hand.

As a teenager, she escaped the civil war in her native country of Liberia, and immigrated to the U.S. Now she is one of the most successful entrepreneurs in New Jersey, owning two restaurants.

By age 27, she was once the youngest IHOP franchisee. That first restaurant was the fastest-growing IHOP in the northeast.

Bayoh is often seen helping out at her IHOP restaurants.

She began her career as an entrepreneur at an early age.

Bayoh attended public high school in Newark, New Jersey and then put herself through college at Fairleigh Dickinson University.

After graduating, she got a job in banking and began purchasing multi-family homes as investments in Irvington.

Her business portfolio is not all about pancakes and maple syrup. She diversified portfolio includes $200 million in urban redevelopment projects.

She is now dedicated to revitalizing struggling New Jersey communities.

In 2015 Bayoh was appointed to the prestigious Federal Reserve Bank of New York Advisory Council on Small Business and Agriculture and named to Ebony Magazine’s Power 100 list.

She's also a mother of two children and her children are her "greatest accomplishments."

Giving back is in her blood. She runs a free breakfast program for children under 12 and she hosts dinners for needy families during the holidays. In addition, she allows local nonprofit organizations to hold charitable events at both IHOP locations.