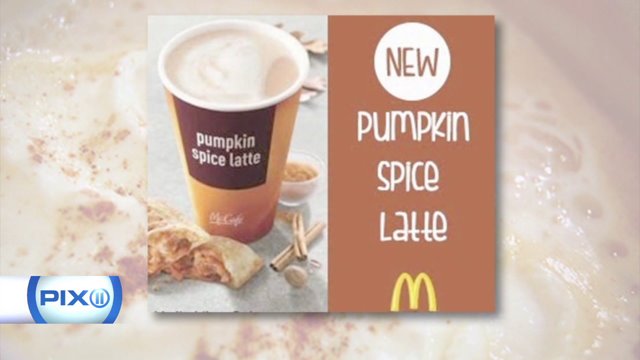 NEW YORK — It's never too early to start enjoying a pumpkin spice latte...or is it?

The drink will be released almost a month before fall begins on Sept. 22.

Perhaps the food chain is trying to beat out its PSL competition — Starbucks — who released its version on Sept. 8. Starbucks even allowed some customers exclusive access to the drink four days before the release date by guessing a secret password.

However, these days you can enjoy the infamous latte year-round because of new K-cups and prepackaged drinks.