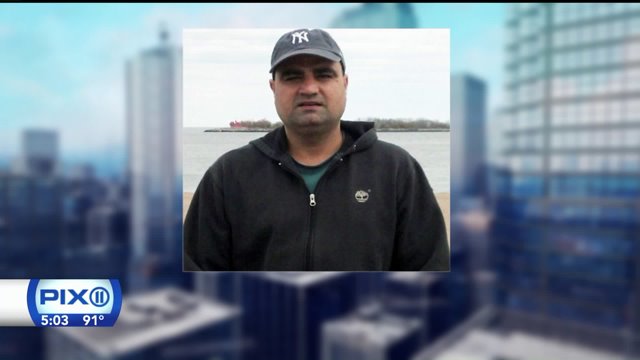 NEW YORK — A New York man convicted of sexually assaulting a woman who fell asleep next to him on an international flight has been sentenced to two years in prison.

Emirates flight attendants say Quraishi told them he had molested the passenger on an October flight from Dubai to New York.

An hour into Oct. 26 flight, the alleged victim took anti-anxiety medication and fell asleep, according to a criminal complaint from the U.S. Attorney’s Office. When she woke up several hours later, the suspect -- Nadeem Mehmood Quraishi, 42 -- asked if she had a nice nap, prosecutors said.

She realized lotion was spread on her arms, chest and up her legs. She also saw that a bottle of hand lotion she had placed in the seat pocket in front of her was missing, according to the complaint.

The woman went to the bathroom and realized her vaginal area was sore, prosecutors said. She found that her underwear had shifted and that lotion was inside her vagina and on her underwear, according to the complaint.

She walked back to her seat, asked Quraishi where her hand lotion was and he passed it to her, according to the complaint.

Flight attendants reported, according to the complaint, the victim was crying and trembling in the galley. The attendants questioned Quraishi, who admitted he had applied lotion to the woman's arms, shoulders, legs and vaginal area while she slept, prosecutors said.

The attendants said Quraishi commented that he thought she "needed it" and that she enjoyed it because she did not resist. Quraishi also allegedly told attendants that he liked it and that a similar experience happened to him as a child, according to the complaint.

Quraishi was arrested when the flight landed at JFK. According to the complaint, he admitted to inappropriately touching the woman and knowing it was wrong.

FBI assistant director-in-charge Diego Rodriguez says the woman "was at her most vulnerable being asleep, and Quraishi took full advantage."

Quraishi's lawyer questioned how he could've put lotion on her while she was secured by a seat belt and covered by a blanket.