‘Batman’ cat with 4 ears gets adopted in Pennsylvania 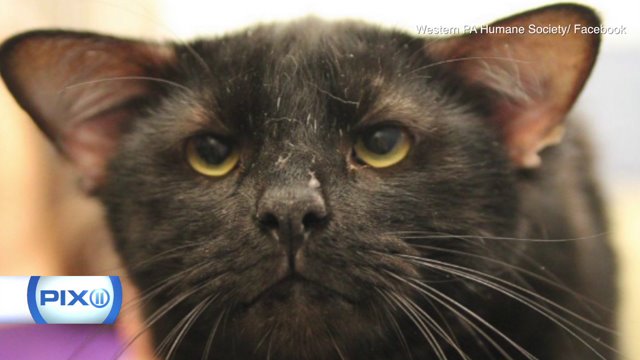 This is actually Batman — a four-eared cat that was up for adoption at the Western Pennsylvania Humane Society in Pittsburgh.

The 3-year-old rare breed was born with two ears in the front and two more in the back.

The organization says the cat came from a home with several pets and is super friendly, but his owner was no longer able to care for him.

The cat had not been available for a few weeks because he had to receive treatment for an upper respiratory infection.

And when the cat became available, the public was all ears — and Batman found a new family within hours.