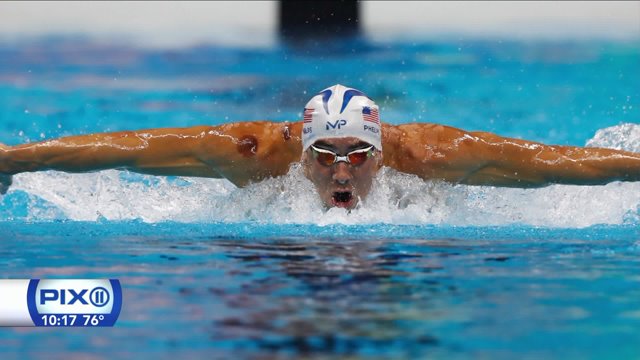 “The theory behind pain in Chinese medicine is that there is stagnation, stagnant blood, “explained licensed acupuncturist Yuka Hagiwara of Olo Acupuncture in Chelsea.

“Usually the cup marks will fade over 2-3 days,” Hagiwara told PIX11 News. “The ones Michael Phelps has are stronger so those may take a week or so to fade.”

Other Olympians were spotted with cupping marks in Rio including American gymnast Alex Naddour.

While cupping is believed to be safe, the repeated effect of cupping therapy over time is not known.