Queens community on high alert after jogger was found strangled 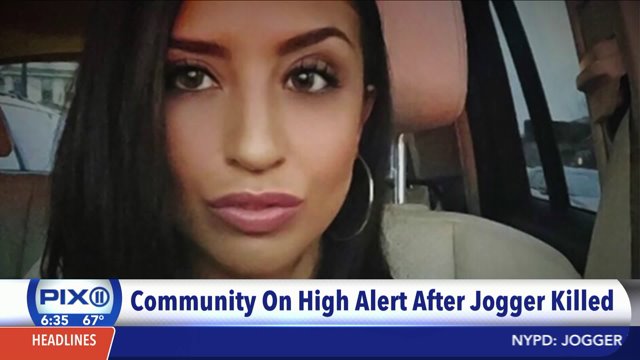 A flyer looking for help finding Karina Vetrano's killer is pictured. The 30-year-old was strangled and found on Aug. 2, 2016, in Howard Beach. (PIX11)

The 30-year-old vivacious woman was sexually assaulted and strangled while on her early evening jog Tuesday, police said.

Her retired FDNY father – described as her best friend – typically ran with her, but was sidelined from an injury. It was he who ultimately found his daughter's body discarded in the tall weeds at Spring Creek Park off 78th Street.

"Her father was her rock," family friend Joseph DiPierro said. "She was happy to have him as her best friend."

Theresa Demeo has lived across from the crime scene since the 1970s. Her daughter went to school with Vetrano. Most neighbors, knew her.

'It's a horrible, horrible thing," she said. "I hope they find whoever did it."

On Wednesday, investigators suited up and set out into the vast marshland turned murder scene.

Dozens if not hundreds of acres will be searched, detectives said Thursday morning.

They are looking for the smallest clue amid the lush landscape and for surveillance video at nearby homes. Until an arrest, cops warn there's a cause for concern among residents.

"After this they should be but there hasn't been any stranger rapes here [in Howard Beach] at all so I would ask everyone to be cautious," NYPD chief Robert Boyce said.

The NYPD is offering a $2,500 reward for a information leading to an arrest of Vetrano's murderer.