It’s a ‘G’ Thing: My mentor, Jim Witt, reflects on friendship, weather and helping kids through his foundation 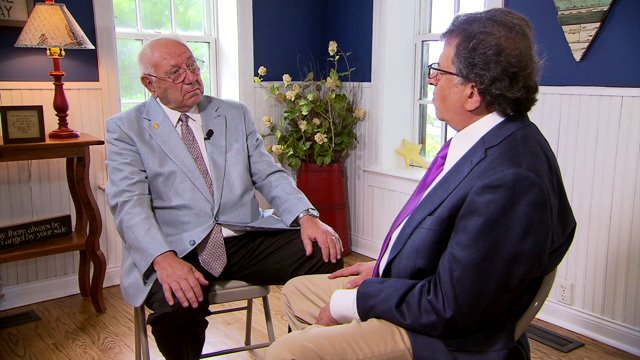 In this week`s It`s a "G" Thing, Mr. G introduces us to his mentor, Jim Witt. They talk friendship, weather and Hope for Youth Foundation

“Why have you bothered me for 50 years?" I asked Jim Witt, all he could do was laugh.

Laughs like this have filled my decades-long friendship with Jim Witt.

“I think we communicate almost every day," he said. "How did we do that?" I followed up. "We always had something to talk about,” he replied.

I first met this guy in 1968 after seeing a story in “Weatherwise Magazine” about a meteorology program he started at the school where he taught.

“This was the only school in the nation with this kind of a weather program.” Witt remembered. “You did come up and you saw the program and at that time you were teaching in New York City and then you brought your students with you.”

To say he’s my biggest inspiration is an understatement, he’s my mentor. Our lives have had so many parallels and our passion for weather is no different.

“It was in 1944 and there was a hurricane and my uncle purchased a barometer for me,” he said. "The winds were just so ferocious and from then on I was hooked!”

Jim was self-taught and passed his knowledge onto kids for years some of whom have gone on to their own forecasting careers.

“One of them is Director of Research at the National Hurricane Center, and One of them is a lead forecaster for NASA,” he explained.

He specializes in long-range models making predictions for the next decade.

Expertise he’s put towards a good cause, selling charitable calendars through the Hope for Youth Foundation since 1986.

“We raise money and we give that money, all of it, out to about 40 different organizations one of them being Make-A-Wish,” Witt said.

Diane and Stefano Tarantelli remember when they got the vacation of a lifetime to Disney World, which was a small escape from their daily hardships.

“Stefano was born with Microcephaly so his brain didn’t fully develop,” she explained. "That week at Disney though, the morning we were leaving he knew, just from his face something was different and he had the best week medically of his life. Mary Poppins was his favorite!"

Seeing your child go through a heartbreaking diagnosis is, unfortunately, something Jim can relate to.

“My son, Tommy, died when he was 48 years old from prostate cancer, which is extremely early to die, and there was nothing we could do,” Witt remembered.

He carries a special place in his heart for kids, as he says, who are dealt an unlucky hand in life.

“It makes my life worthwhile to see that I’ve changed some lives in this world," he smiled.