NYPD releases video of suspect accused of fatally shooting man in front of his girlfriend in Ozone Park, Queens 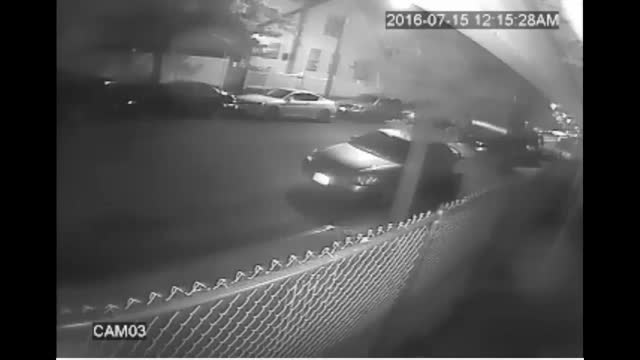 OZONE PARK, Queens -- The NYPD has released new surveillance video of a man who is accused of shooting and killing a 23-year-old man as he sat with his girlfriend inside his parked car in Ozone Park, according to police and witnesses.

Raaid Ali and his girlfriend were sitting in his car, parked outside his home on 114th Street, when shortly after midnight Friday when an armed man walked up to the driver's side window and fired into the car, police said.

Man, 23, shot and killed in front of his girlfriend in Ozone Park, Queens

His girlfriend screamed and the gunman ran from the scene. Witnesses attempted to chase him down, but the culprit made off in a dark-colored SUV.

The video shows an unidentified male holding up a mask over half his face and is wearing eye glasses.

Officers arrived to find Ali suffering from multiple gunshot wounds to his torso and neck, NYPD said. He was taken to a hospital where he was pronounced dead.

Witnesses told police Ali would often hang out in his car, a Honda Civic that he used for drag racing, according to NYPD.